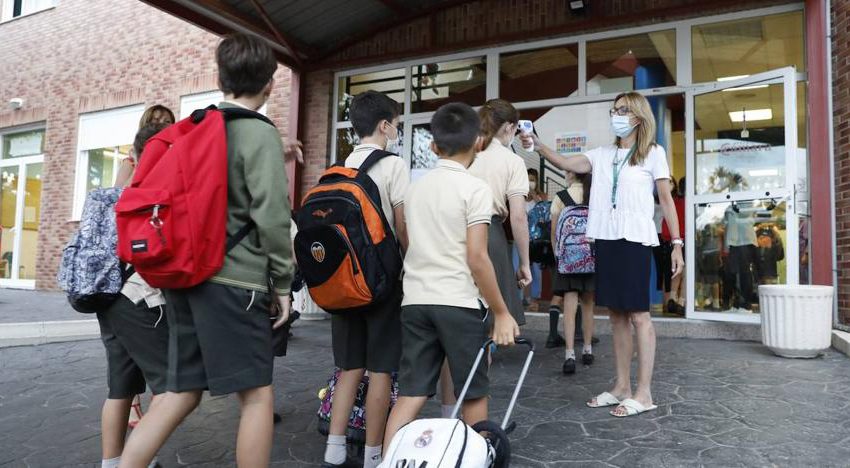 The return to the classroom has nothing to do with any other September. The entrance to the schools has developed with patience, as in some cases it has taken up to half an hour, and without hugs or affectionate gestures, replaced by elbow bumps and by the smiles sensed underneath the masks. Not to mention the striking atmosphere of tense calm, without the usual explosions of noise that flood the courtyards during the first days, since as a rule they have remained empty or half-empty, the result of the need to provide orderly and staggered accesses. Nor have we seen the burdens of haste, since punctuality was a requirement of all the centres for the exceptional start to work well.

It is precisely this organization that has caused times to be spaced out from what was usual. All centres have cited families in time slots spaced according to the course, ranging from ten minutes to half an hour from the entrance of the first class to the last class.

Twenty minutes it took the school Blasco Ibáñez de Benetússer to receive the students called for today, taking into account that the incorporation is progressive in most of the schools and can be extended until Friday. Two access areas have been used, one of which has been cut off from traffic to make it easier for families to wait. The older students were organized in a line, respecting the 1.5 meters, entered the courtyard and went up before the next level.

The previous minutes have been filled with elbow salutations, some shouting to get a colleague’s attention and last-minute instructions to the children from the parents, from not sharing the material to washing their hands regularly or keeping their distance from their peers. The first days of the course will be used to help the children internalize the new sanitary routines of their centers.