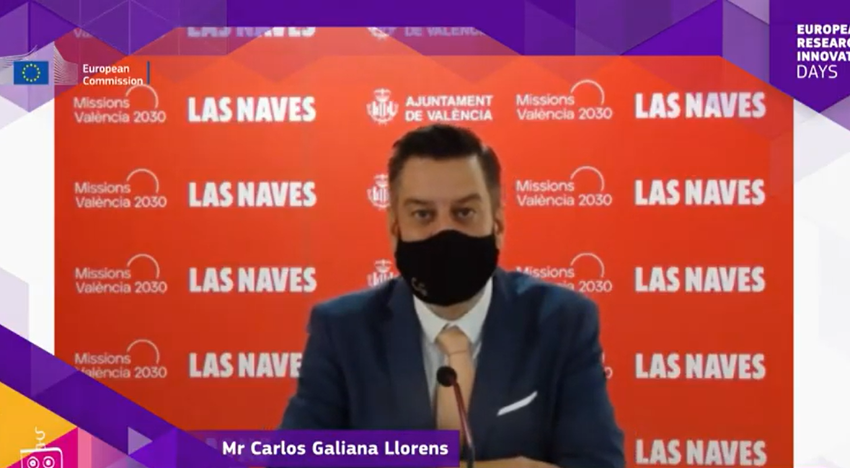 The Councillor for Innovation of the Valencia City Council, Carlos Galiana, spoke this morning in English at the gala which determined which city would be the European Capital of Innovation. Valencia opted for this recognition, which finally fell to Leuven in Belgium. Nothing strange if it were not for the fact that the mayor has doubled his speech in English.

The councillor (and actor) has appeared in a mask (the only one of the cities involved) and his speech in English has been dubbed by a translator. In his speech, the councillor defended the steps that the city is taking “towards a more sustainable Valencia”. The councillor also speaks English.

Asked about this question, Councillor Galiana replied from the floor: “Yes, I speak English”.