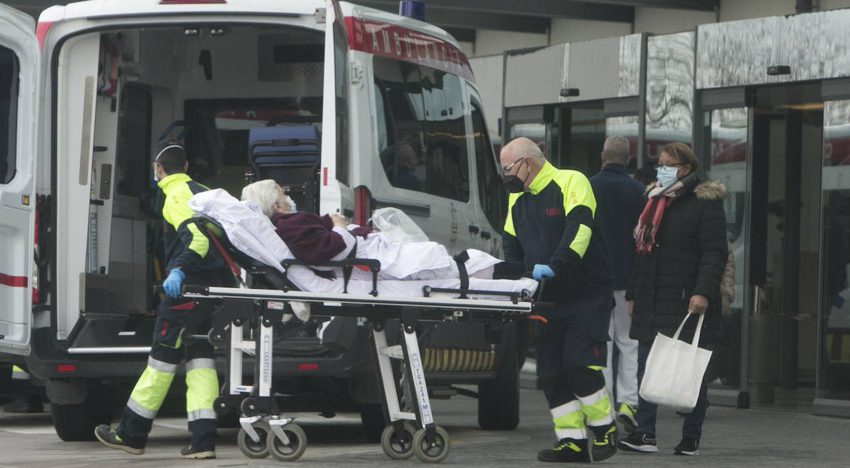 The director of the Health Alert and Emergency Coordination Centre of the Ministry of Health, Fernando SimónOn Monday, he said that Spain had already overcome the peak of the third wave of the pandemic, namely the weekend of January 16 and 17. However, Valencian doctors are not so optimistic, as they continue to treat thousands of infections every day and predict at least two to three more weeks of health saturation in the region. The technicians of the Conselleria de SanidadThey do point to the fact that the Community is on the upper plains of the wave and are confident that, as of next week, contagion can begin to moderate.

In Primary Care, where the majority of the infected are detected, the situation is not as optimistic as Simon transfers. María Ángeles Medina, President of the Valencian Society of Family and Community MedicineIn the last 15 days, 90% of the work of family doctors has been to treat Covid patients or those suspected of having the disease. Ignacio Domingo, spokesman for the Community Primary Care Physicians’ Forum He insisted on it: “The situation in Primary has not changed, there is still a very high pressure of assistance, many cases and an enormous difficulty in following up contacts”. In addition, he explained, “the number of reproduction (how many people, on average, each infected) is above 1 and that is not stabilization, as long as we are above 1 we will be in a situation of growth of pandemic.

In the hospitals, on the other hand, the situation is critical and the number of Covid patients in hospital is increasing daily. In this regard, the President of the Valencian Society of Intensive and Critical Medicine and Coronary Units, Marisa BlascoHe stressed that in the Community “we have not reached the peak of hospitalization and critical illness by any means; the incidence of contagion is very high. In fact, he explained that health centers are increasing the supply of beds for patients requiring intensive care. “We are preparing for the worst and for this to continue to rise, but in the hope that we don’t have to take up all the slack,” he said. “Our peak forecast is two weeks from now, and that’s what we’re prepared for,” he said, reminding us that the contagions that are occurring today don’t reach hospitals until a week or two later.

In this line, Vicente Domingo, President of the Valencian Society of Anaesthesia, Reanimation and Pain TherapyHe insisted that the income in plant and intensive in two or three weeks “will probably continue to increase, since we drag a continuous and progressive increase. This is what we foresee and for which we are preparing new spaces,” he added, to emphasize that “we do not see the end of this peak yet. We are almost at 200% of the capacity that we have of intensive, the situation is frankly delicate”.

Juan Navarro, President of the Valencian Society of Preventive Medicine and Public HealthHe is a little more optimistic and said that “we are getting, it seems, to that plateau above the curve and that is always good”. He also indicated that the incidence is beginning to stabilize and a decrease in the indicators of positivity is also being noticed, which is also positive. “We were so bad that you can only improve. Staying at the top and not climbing is already a reason for optimism, although we are far from an ideal situation”.