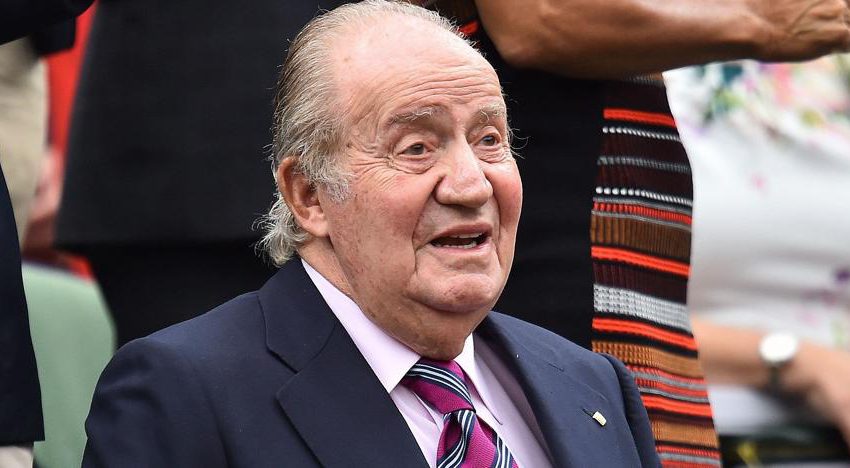 Zarzuela, it is well known, does not usually come to the step of rumors. But, since the beginning of the year, she has already been pushed into The Spanish royal court has twice denied that the king’s health has worsened.who has been in Abu Dhabi since last August. The trigger for this new denial has been a tweet from Pilar Eyre. “King Juan Carlos is in a serious condition and the Royal Household assesses the possibility of his transfer to Spain.. His daughters, Elena and Cristina, have been the only members of his family that has moved to Abu Dhabi”, said the message from the journalist in question. “These alleged reports have no basis in fact,” sources in the Royal House hastened to say.

Shortly before the ‘official’ denial, Carlos Herrera, a close friend of Don Juan Carlos, took the floor on his program on the Cope to ensure that the emeritus, “with whom I spoke this morning, is in extraordinarily good health. I’m like a bear, he told me. It was not the voice of a terminally ill or locked in a hospital or in the ICU,” said the journalist, who has ironized that perhaps Pilar Eyre “spoke of another king”. Hours later, OKDiario published an audio of a few seconds, in which the emeritus king himself said that “I am very well, I do two hours of gymnastics a day“He confirmed that his life was not in danger.

The state of health of Don Juan Carlos has been the subject of debate for years. And with arguments, because the man who was head of state for 39 years has had to undergone a dozen or so operationsThe most delicate was the heart surgery in the summer of 2019. The most mediatic, the hip fracture he underwent in Botswana in April 2012. The king emeritus, since then, has been suffering from mobility problems. Precisely, an image of him, broadcast at the beginning of January by a Telecinco programme, set off alarm bells. In that snapshot was seen Don Juan Carlos leaning on two assistants to walk. Zarzuela sources, then, indicated that the image did not correspond to the state of health of Don Juan Carlos, of whom it was even said that he was in the ICU with coronavirus, an aspect also denied.

Eyre, author of ‘I, the king’, has argued his ‘news’ with the visit that the emeritus received on his birthday, on January 5, when the infantas Elena and Cristina traveled to Abu Dhabi to accompany his father, who in December, through Carlos Herrera, announced that he would not return to Spain to spend Christmas, a desire that maintains, says his close circle, from the moment he left the country, pushed by the legal cases he has open in the Supreme Court.