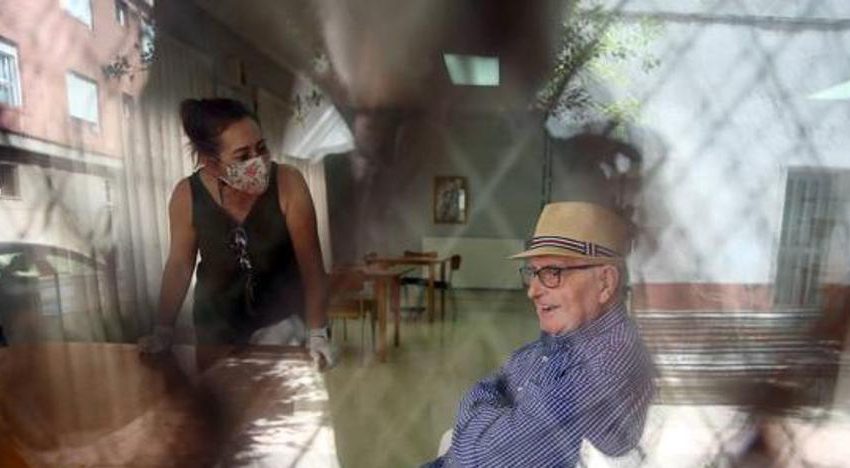 The Regional Ministry of Universal Health and Public Health is screening professionals in residential homes for the elderly and centres for functional diversity, both public and private, even though there is no active outbreak at the moment. Thus, measures for early detection of coronavirus among the staff of these centres have been extended in order to reduce the rate of incidence of the virus. This is a response to what has been a continuous demand from the sector in recent months, from which more attention has been demanded for these spaces.

According to the regional secretary of Health, Isaura Navarro, after the meeting held with representatives of the Business Association of Residences and Services for Dependent Persons of the Valencian Community (AERTE), “the aim is to detect a possible case of coronavirus as soon as possible to prevent the transmission of the virus to people as vulnerable as the elderly or people with functional diversity”.

He added that “if we increase screening in centres located in areas with a higher risk of transmission, we can detect possible asymptomatic cases and prevent further infections”.

Likewise, the target population that undergoes PCR testing, on a voluntary basis, is the personnel of these centers that do not present Covid 19 symptoms or are close contacts in quarantine, those that present an IgG serology positive in the last three months or those that have a negative IDP in the last 14 days.

On the other hand, the number of deaths from coronavirus in the Community is not falling this week. The Regional Ministry has announced another 31 deaths from this cause, bringing the total to 2,581 since the start of the pandemic. Among these deaths are three people who were in nursing homes.

In addition, there continue to be positives in 88 homes for the elderly, 16 centres for functional diversity and four centres for minors.

In the balance offered by the entity directed by Ana Barceló, it is highlighted that 1,460 new positive cases have been registered since the last update.

In addition, the Regional Ministry has detected the presence of 47 new outbreaks. As usual, the vast majority (29) were recorded in the province of Valencia while the rest were recorded in Alicante (12) and Castellón (6).

With regard to additions, 1,626 have been recorded since the last update. Thus, there are already 112,571 people in the Comunitat Valenciana who have overcome the disease since the beginning of the pandemic. By provinces: 12,784 in Castellón, 38,548 in Alicante and 61,179 in Valencia. In addition, there are 60 discharges without assignment.

Thus, there are currently 11,268 active cases, which is 8.91% of the total number of positive cases.