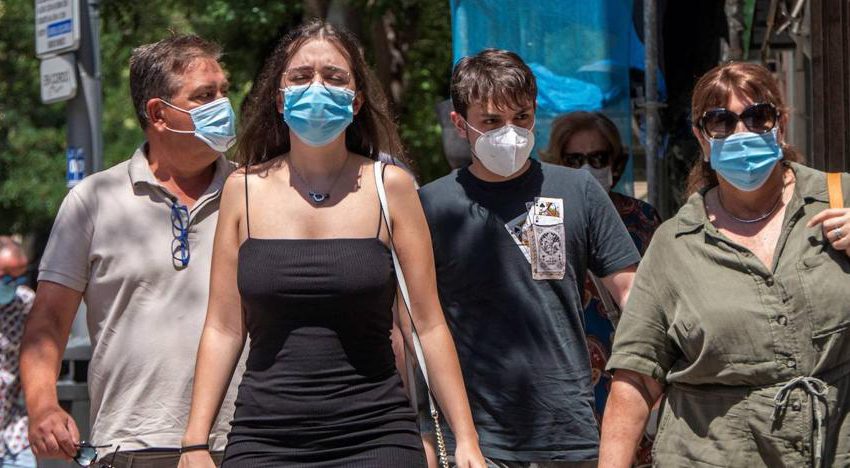 “You can’t afford irresponsible and unsupportive behavior“endanger the Valencians and provoke outbreaks “that can lead to even more drastic measures that nobody wants and we cannot afford”.

The Councillor for Justice and Home Affairs, Gabriela BravoThis justified the need for the decree law approved by the Council that regulates the regime of sanctions against breaches of the measures imposed by covid-19. The highest fines can reach 60,000 euros and even lead to the closing of business.

Bravo claimed that this rule does not have “a collection anxiety” but a purpose “dissuasive“He also said that the public and those in charge of entertainment venues should be aware of the catalogue of offences in order to “persuade and prevent them from occurring”, and recalled that the proceeds of these sanctions will go towards fighting the Covid-19.

He also flatly denied that any attempt was made to stigmatize any sector economicIt is not just a question of compliance, but of enforcement, after an increase in non-compliance in some businesses in recent weeks.

With this regulation, the Generalitat wishes to centralise the processing and imposition of sanctions without prejudice to the powers of the local councils and the central government, as established by the Royal Decree Law on 9th June on urgent measures against the pandemic.

Bravo recalled that those responsible for the administrative infractions provided for in the text will be the natural or legal persons who incur in some of the actions typified in the norm. In the case of minors, their parents or legal guardians will be responsible.

In the appearance after the plenary session of the Council, Gabriela Bravo broke down the three types of sanctions (mild, serious and very serious). In the case of serious sanctions, suspension or prohibition of the activity, closure of the premises and disqualification from the organisation and promotion of public shows and recreational activities for a maximum period of six months.

With regard to the effects it would have on very serious sanctions, the decree law also provides for the suspension or prohibition of the activity, the closure of the premises and the disqualification for the organisation and promotion of public entertainment and recreational activities for a maximum period of three years and cumulatively up to a maximum of ten years.

The Councillor acknowledged the concern that exists among the State Security Forces and Bodies when observing uncivic attitudes such as the lack of use of the mask: “He’s been relaxing.”he said. He stressed that both family meetings and meetings in entertainment venues have contributed to this worsening situation in recent weeks.

It recognized that inspection in public premises is logically simpler than discerning whether any irregularity inside a private home. He stressed that, logically, the constitutional mandate will have to be complied with when it comes to access to private housing.

Bravo also ruled out that the beach informants, “the beach guards,” according to his literal response, may have the ability to impose sanctions on citizens or locals if they observe any kind of misconduct.

Minor infringements
Fines between 60 and 600 euros

1. Failure to comply with the obligation to wear a mask or the improper use of it, although this infringement can only be sanctioned with a maximum of 100 euros.

2. On the part of the public establishments, the avoidance of the obligation to inform customers about the capacity of the premisesThe minimum interpersonal distance or the use of a mask.

3. Failure to comply with general hygiene and prevention measures in public or private premises when there is no risk of contagion or the risk affects fewer than 15 persons.

4. The breach of quarantine by those who have not tested positive for Covid-19, but who are direct contacts of a confined patient.

5. Breaking a general order of confinement.

1. Capacity limits in public establishments when it is not a minor or very serious fault.

2. The prohibition to organize or participate in meetings, parties or any other private or public event involving a crowd or where the adoption of health measures is made difficult.

3. The maintenance of the safety clearance between tables or groupings of tables in premises open to the public and open-air terraces.

4. Hygiene measures and the obligation to clean and disinfection of the entrances to the premises and locations where the audience sits.

5. The ban on use of space of the establishment for activities not permitted.

6. The hygiene measures for any type of establishment when it poses a risk of contagion or affects more than 15 people.

7. The home isolation which should be kept by those who have tested positive for COVID-19.

Serious sanctions also include the suspension or prohibition of the activity, closure of the premises and disqualification for the organization and promotion of public shows and recreational activities for a maximum period of six months.

1. Not respecting the capacity limitsand prevention and hygiene measures by establishments open to the public where there is a serious risk affecting more than 150 persons.

2. Exceeding the capacity of the establishment if they are present underage and/or overage 65 years old.

3. Organize meetings or partiesThe following are examples of private or public institutions that are in a situation of overcrowding that prevents the adoption of health measures or where minors and/or persons over 65 years of age are present.

4. Preventing inspection by agents of the authority or officials, as well as the refusal to cooperate with them.

5. Failure to comply with the obligation to disable the dance floor for this use.

6. Repeatedly violating the duty of home isolation by people who have tested positive for COVID-19.

For very serious penalties, the decree law also provides for the suspension or prohibition of the activity, closure of the premises and disqualification for the organization and promotion of public shows and recreational activities for a maximum period of three years and cumulatively up to a maximum of 10 years.