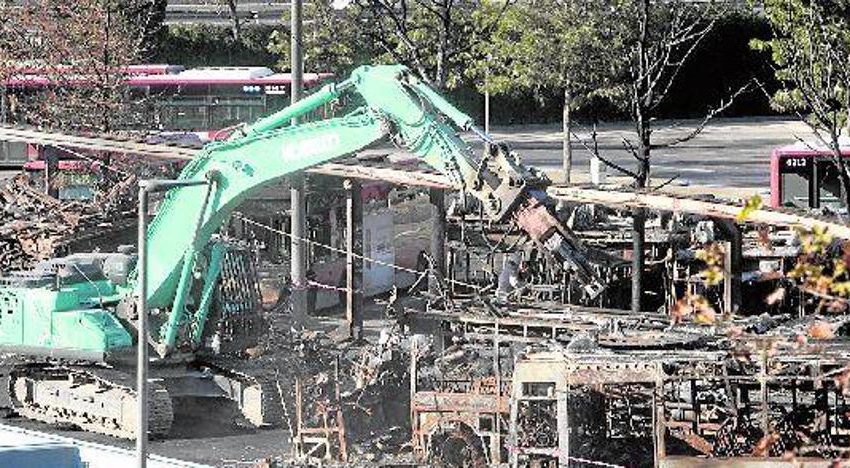 The EMTdoesn’t have any security cameras that engraves the interior of the San Isidro garages so no images available from the fire. This was revealed by the company to the Councillor for Citizens, Narciso Estellés, in response to questions from him in the Town Planning Committee. In the answer to which this newspaper has had access, the company explains how access control to the garages is done. “The goal area, collection area, driver’s room and access are recorded.”indicates the document.

Estellés said yesterday that in the absence of graphic evidence and almost no documentation submitted to date, “in the end the fire business is being taken by Grezzi in terms of what he wants to tell usThe company has no intention of contrasting, and has nothing to contribute other than to absolve it of any responsibility”. “This is not new, because in everything related to the fraud of the 4 million, the continuous concealment by Grezzi and Ribó was the general tone,” said Estellés, who recalled that yesterday was denied “an initiative of Cs asking for a security area and a security director in the company. «It is concluded that Grezzi does not want to put a single future preventive measure in the EMT to avoid further incidents“Estellés criticized the situation and called for a commission of inquiry “where the people involved in the fire could freely give their testimonies. The Valencians deserve to know the whole truth about what happened”.

Meanwhile, the police investigation is progressing. As far as LAS PROVINCIAS has been able to ascertain, the agents are focusing on investigating the heating problem of the first bus that burned down on Saturday, December 5, two days before the fire. The police want to know if that breakdown, fixed that very night in the company’s workshop, somehow caused the fire. The EMT, on the other hand, works with the hypothesis of a short circuit. Large cranes have already begun to remove the damaged buses once the investigation in the garages has been completed, as confirmed yesterday by EMT sources.

The company, by the way, will celebrate next week its ordinary board of directorswhere, among other things, the extension of the insurance policy for accidents with injured passengers will be approved. The EMT, moreover, will pay tribute to the workers who helped extinguish the fire to “minimize its consequences” with a letter of congratulations to be included in your personal fileThe entity reported in a press release, as requested by the opposition on several occasions.