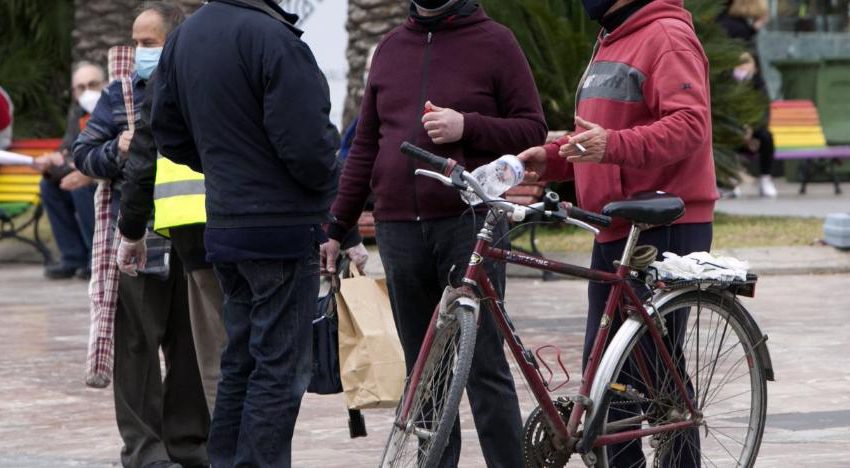 If they change the rules every three days and publish exceptions, it’s very difficult for people to know everything. Toni Garci-Caballero runs a shop in the centre of Alzira where he sells oranges and sweets among other products and acknowledges that it’s very difficult to keep up with new ‘orders’ in these times of confinement but that the general rule should be to opt for prudence and limit social contacts as much as possible.

He confesses that yesterday, as soon as he got up, he read the details of the decree. But, even so, there are very specific issues where I hesitateFor example, the reference to whether it is possible to be in the same home with the couple if they both live in different dwellings.

“The police themselves know that this is something uncontrollable, like meetings of several people. They’ve already said they won’t be able to get into the houses, which is logical, so everything is ultimately based on the responsibility of each individual,” he explains.

“I thought I could walk the dog after ten if I came from work,” says a neighbor, and another corrects him

Toni’s, however, is an almost exceptional situation. Asking about the street, in a city of the Community like Alzira, with more than 40,000 inhabitants, means facing a whole series of doubts, contradictions and mistakes. “I understood that if I leave work at ten o’clock at night I am allowed to walk the dog.”says José Luis. Miguel corrects him and tells him that this is not allowed now: “You are confused about what was allowed in the confinement,” he says with a sneer. The two begin a dialogue in which they try to test themselves and one comments on aspects that the other says he does not know and vice versa: “I did not know that on weekends and holidays you cannot go to Valencia,” says José Luis. Miguel replies that it is possible to leave Alzira “because we have less than 50,000 inhabitants”, but it is not possible to enter the municipal area of the major cities of the Community. “We are all very lost with so much change”, trenches Miguel, who considers that the “common sense” is the one that must prevail at the time of acting: “Of course I’m not going to anyone’s house. That’s normal and I think everyone understands. Whoever breaks it must know that the consequences are very serious. Anyone who acts in this way is covering their eyes to what is happening in the hospitals.

Another point that Marta, another neighbor, claimed to be unaware of is that from now on a person living alone can join another family unit: “But does it always have to be the same?” she asks herself. The answer in this case is affirmative: “I think it’s good because it can often be useful for older people who live alone. I guess that’s what it’s designed to do,” he says. He also believes that some of the rules “are put in place by the administrator to somehow get rid of the responsibility even though he knows it’s impossible. I’ve already said that. Now it’s up to people to comply or not.

A lot of small print

Bea Garés works in a bookstore in the capital of the Ribera Alta and regrets “the large amount of small print” in the norm. As well as not understanding why they have to close at six o’clock instead of eight o’clock “when here people come in one at a time and the door is always open”, she says that the changes cause “people to have a lot of doubts and not know what to do at certain times”.

Nerea Fontana, a student, admits, although she is not in this case, that she did not know that she could go to the couple’s house: “But the couple can live with more people. So there’s no problem?“, he hesitates.

He also asks questions about practicing sports: “I attend outdoor sports sessions where there were six of us but we were quite far apart and now they tell us that it can’t be done either. I hadn’t heard about that exception,” he says.