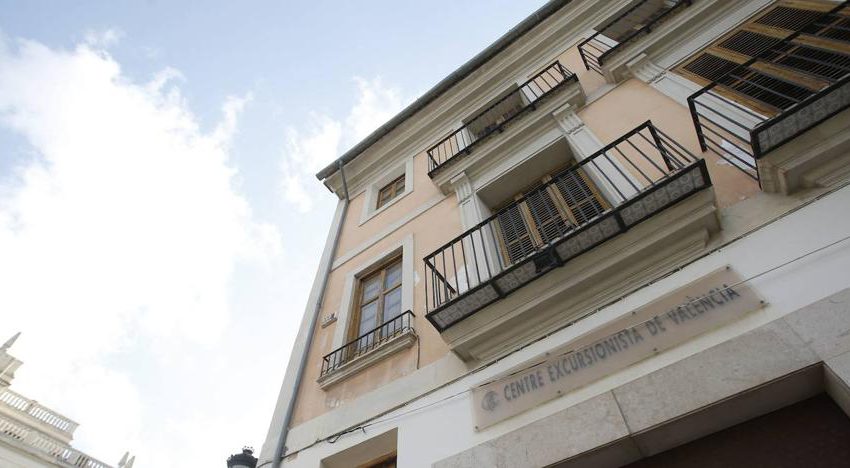 In the building located at number 4 of the Tavernes de Valldigna square, there is the headquarters of the old Centro Excursionista, and it is there where the first Spanish Comic Strip Heritage Conservation Centre.

This project, which is being carried out jointly by the Department of Cultural Action and the Vice-Rectorate for Culture of the University of Valencia, will occupy the upper floors of the building, which is currently under construction because the ground floor of the building has already been assigned the headquarters of the Carmen Ros Municipal Library.

The councilor responsible for the area, Maite Ibáñez, has announced the creation of this new comic center in the city, ensuring that it is the first with these characteristics not only in Valencia but for the rest of Spain. The forecast that she has given, although she does not assure it one hundred percent, is that will be up and running between the end of this year and the beginning of next year..

“It will be used to develop archival work, conservation, research, training and outreach, these axes are the task and the heart of this center, taking into account the meaning that will feed back from the coherence, as on the ground floor will be the library and the rest of the building and said it would have a cultural use, so we thought it was the best place to locate this newly created center, “said Ibanez.

“It was necessary to give one more step in the line of research from the academic sphere. trying to achieve an enhancement of the cultural reality of the heritage of our comics and this project is in that line”, said Álvaro Pons, director of the Chair of Comic Studies and the Comic Classroom of the University of Valencia.

He has insisted on the importance of this initiative since one of the main objectives should be conservation. “We want to have the original work within our reach so that it doesn’t get lost, because unfortunately we are seeing that there are many private collections and many authors who have disappeared and with them their work that ends up in containers. That should be avoided because it is heritage, and it is heritage that is sometimes very difficult to find anywhere else and those comics that circulated in the hands of children 50 years ago can no longer be found, they are in bins,” he lamented.

Negotiating with authors and private collectors

The task of this centre will be to watch over the conservation of both Valencian and Spanish comic heritage, as well as to conserve creative materials, sketches or original pieces for to give value to the work of the creators. In addition, it will have to promote research in this area and promote Valencian creation giving the tools for it, advising and offering consultation hours for research projects “giving access to documentation through digitization,” said Ibañez explaining that the intention is to digitize the archive to create conservation funds.

On the other hand, the center also intends to serve to. The centre is also intended to promote education and training and to contribute to the dissemination of information. through exhibitions and synergies with other centres such as the Library of San Miguel de Los Reyes where there is an important base of comics.

But how will the first funds and archives be provided? This is the arduous task that is currently in the process of negotiation with authors and private collectors. They have advanced that they already have some donations from collections that wanted to contribute classic material of the Spanish comic and they are in the middle of negotiations with authors for the cession of original works. According to Pons, they are open to continuous donations, although they have not been able to say much more.

Renovation of the municipal library building and headquarters.

In total, the constructed surface area amounts to. 1,111 square metersThe building was expropriated by the Consistory to Bankia despite the protests of the opposition groups. According to sources of the City Council have assured Wednesday, the building is in good condition and will not be required. “great works nor a great investment”.Ibañez said that the structure will be maintained and that there will only be “refurbishment and modernisation of the facilities, including lifts, for example, which it does not have”.

On the ground floor work has already begun to open “soon” the headquarters of the Municipal Library and the rest of plants will be completed with this small rehabilitation consisting mostly of the provision of filing and storage systems.

The municipal government proposed to resort to an urban modification to attach an adjoining lot to the future library, but at this morning’s press conference Ibañez confirmed that “there is no provision for that lot to be incorporated,” but does not rule out the need for this space if necessary. in the future. The current location of the library is in Mainz Square.