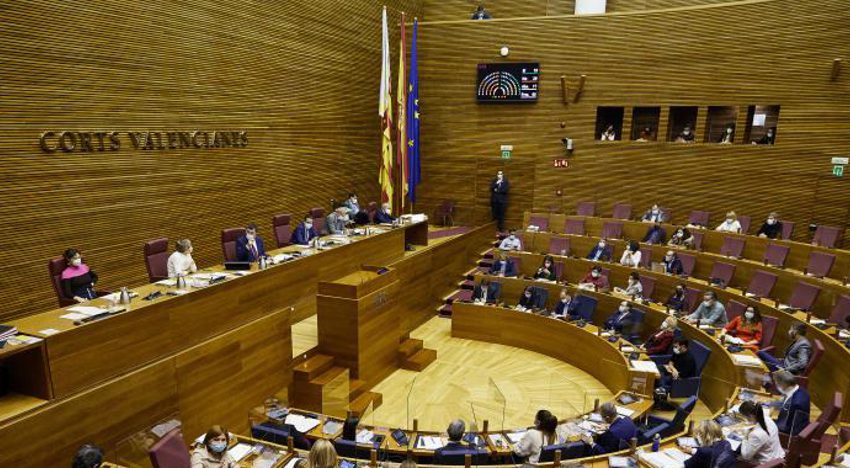 At least seventy days will pass before the President of the Generalitat, Ximo Puig, submits to the control sessions of Les Corts. The legislative oversight work goes into hibernation with the onset of winter. Despite the fact that the socialist leader aspired, at the time, before becoming the head of the Consell, to make parliament the centre of Valencian politics, with the start of the current legislature in mid-2019 a process of lethargy began in the Chamber. January has been a lost month again in Les Cortsas in the days of the PP’s most overpowering roller. Starting the year as far away as possible from the Valencian parliament seems to have become a new custom for the Botanist, second part. The Board of Trustees of Les Corts approved last Wednesday a few hours before the vote with which the budgets were approved, the timetable for the start of the 2021 parliamentary term. The New Year’s saying, new life, will not be fulfilled in the case of the House, where January will again be as unwieldy in terms of plenary sessions as the 2020 that is about to end.

Puig had to submit to the control of the opposition last November 26. He will not do so again until at least February 4This means that 70 days have been added to the annoying criticisms of the opposition, especially the PP and Vox, as Citizens has entered a phase of rapprochement with the theses of the president of the Generalitat that will have to be seen to what extent they sweeten the speech of Toni Cantó, the spokesman for Cs in Les Corts.

The commissions of inquiry have volatilized in comparison with all those held during the first legislature of the Botanist, which wanted to investigate so much that it collapsed the parliament and left several of these committees where supposed audits were carried out on the work of the Consell in the times of the PP.

Once Podemos was incorporated into the Consell, none of the three parties that support the Valencian Government had any need to investigate or to legislate from the Chamber. After all, even the vice-president Monica Oltra has admitted that the Executive “prefers” that the tripartite does not present law proposals on subjects that are the responsibility of the Consell, which limits the margin of manoeuvre of the Legislative.

For the first time since 2014, no Les Corts plenary session was held last JanuaryThis is a circumstance promoted by the tripartite that supports the Botanist, which alleged, however, that the month was enabled to hold commissions, a theoretical argument that clashed with practice, since parliamentary activity was limited to two days, on January 27 and 28. Next year, the play is repeated. In January, full house, no one.

The Board of Trustees has set dates during the next month for two commissions. On the one hand, on January 18, the Valencian Radio and Television and the Audiovisual Space Committee, with the only point of the day being the election of a member of the Governing Council on the proposal of the unions. For the other, on 14, 20 and 28 JanuaryIn addition, three sessions of the study commission on measures for the prevention of flood risks of the Baixo Segura region in terms of land, urban planning and water. From last Wednesday until 14 January, in line with the school calendar, there will be no parliamentary activity.