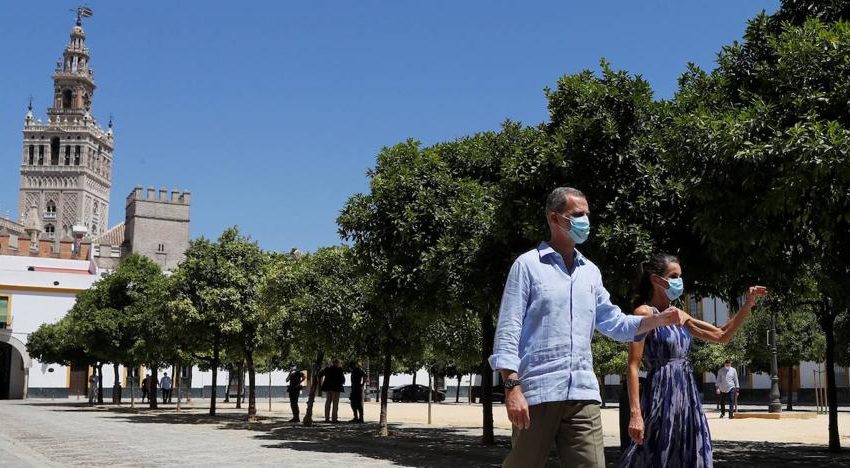 Seville’s Polígono Sur is home to some of the country’s poorest neighbourhoods, according to the INE. These are areas where the average income barely exceeds 5,000 euros a year and where the economic crisis that has followed the pandemic is wreaking havoc on their residents.

This is the case for the so-called 3,000 homes. A reality of social exclusion that already impressed the UN special commissioner for poverty at the beginning of the year and that the King and Queen met closely on Monday, as part of their tour of the various communities to take the pulse of the country after the confinement.

In this Sevillian neighborhood they are not waiting for tourists to save their accounts this summer, because unemployment was already around 50%. Their claims sound old, because they have been repeated for decades, and some of the residents wanted to repeat them with a bold cry as the monarchs passed by: “More work and less charity,” they cried. They did not hide their discontent with the express cleaning of the streets in the previous hours and demanded solutions for the constant power cuts caused by the clandestine marijuana plantations in abandoned and occupied apartments.

The work carried out by the special commissioner for the area, a representative of the administrations who, despite the millions invested, has not managed to reverse the situation, is useless. In this atmosphere, and accompanied by the president of the Board, Juanma Moreno, and the minister María Jesús Montero, the monarchs travelled to the El Esqueleto civic centre, a neuralgic meeting point, and to the Don Bosco social centre to meet with public representatives and associations working to improve the lives of its residents.