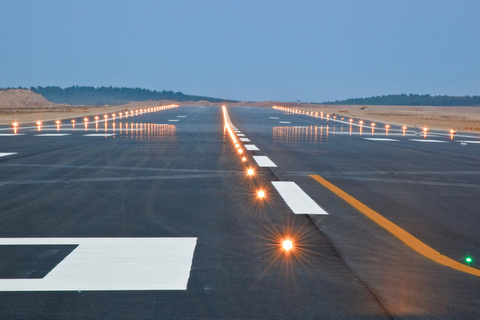 Three bids have been received for the right to manage the as yet unopened airport in Castellón, raising hopes that there might actually be a possibility of aeroplanes taking off and landing on the unused runway before too long.

One of the bidders is the Canadian group Lavalin, which already has some experience in the field: one of its divisions is in charge of various administrative concessions throughout the world, but until now the group’s involvement in the aeronautical sector has been limited to the management of Malta’s international airport.

Another competitor is Gesnaer, a company working in engineering and consultancy and specializing in civil aviation, airports and the aeronautical environment. The Gesnaer bid is believed to have the backing of several other firms under the same umbrella, since on its own the company would not have the size or range of specialities needed to take on the whole contract: the company is strong in technical assistance areas such as air control systems, but would need to subcontract other services either to partner companies or to third parties.

The third bid received has come from a group of Valencia businessmen whose identities have not yet been revealed.

At stake is the 20-year contract to run the airport, over which time the publicly-owned Aerocas Company will pay the concessionaire a maximum of 25 million euros in total or 4.5 million euros per year. One of the commitments required from the winning bid is the willingness to pay “economic compensation” to the regional government in the event of more than 1.2 million passengers using the airport in any of the years included within the contract. As things stand at the moment this seems highly unlikely, but the eventuality is covered by the clauses of the tender procedure.

A decision could be made regarding the identity of the successful bidder as soon as the end of this month, and one of the winner’s first jobs will be to complete the final stage of certification in order for the facilities to have a full set of operational permits as specified by the Spanish Airspace Security Agency (AESA).

The regional government is keen to stress that the fact that offers have been received is “another step forward” in the setting up of an infrastructure which has been built in “complicated times”, and remains optimistic that the way in which it has been adapted to changing circumstances will allow the airport to contribute to the regional economy and tourist industry in the near future. At the same time they assert that this is being achieved at the lowest cost possible in terms of public funding.