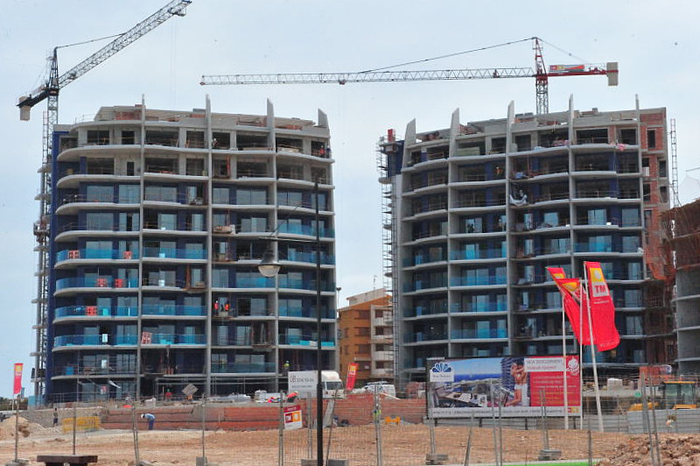 only nationally, but also in the region of Valencia, (the Autonomous Community of Valencia comprising Alicante, Valencia and Castellón provinces) with the number of sales in 2014 running slightly higher than at the end of October last year, but these broad figures hide a number of interesting points regarding the market in the province of Alicante and the Costa Blanca.

The first of these is the degree to which the Comunidad Valenciana figures rely on the contribution from the province of Alicante, with its coastal areas of the Costa Blanca. Despite having only 40% of the region’s population, Alicante accounts for well over half of all residential property sales: in October 54% of all transactions were registered in the Costa Blanca, a figure which is more or less matched in the year so far (52%).

It seems likely that this apparent anomaly is caused by the nature of the market in Alicante. It has been noted on numerous occasions that as much of a sixth of all activity in the Spanish real estate market is generated by foreign purchasers, and of course in the Costa Blanca there are a large number of northern European residents, many of them in a position to take advantage of the current low prices.

In fact, while across Spain there are generally around 70 sales per 100,000 inhabitants every month, in Alicante the equivalent figure is around 100. In the province of Castellón, on the other hand, the number usually hovers close to the national average of 70, and in the province of Valencia is even lower at approximately 50.

If the higher level of activity in Alicante is indeed indicative of foreign buyers moving in, it would seem to be representative also of the fact that the Spanish are still unable or unwilling to enter the market, despite bargain prices being on offer. In the long term, this is certainly not a positive sign.

Another point worth remarking on is the number of new-build sales included in the latest figures: in both September and October new-builds have accounted for a relatively small percentage of transactions (around a quarter in Valencia and a third in Alicante).

This could be due to various possible reasons. Firstly, there are signs that price adjustment over the last seven years has been more significant in the second-hand market, making such properties more attractive. Secondly, it may be that the stock of unsold new-build properties is at last beginning to run out, and this theory is backed up by signs of a return to new building in the construction sector on the Costa Blanca.

It’s also possible, of course, that the characteristics of older properties (such as larger size and more central location) make them more attractive to buyers, or even that the newbuild properties left on the market after six years of price reductions are not worth buying in the first place, falling quality at the end of the property boom years a common occurrence. Either way, it’s clear that in recent months the stock of new-builds is not being reduced quickly in the Comunidad Valenciana.

Finally, despite the fact that the Valencia and Costa Blanca property market appears to be becoming more dynamic and price stability is finally being achieved, it’s worth pointing out that the level of activity is still nowhere near that of 2007, at the end of the boom years. After ten months of this year 39,000 transactions have been registered, 20,500 of them in Alicante, but seven years ago the equivalent totals stood at 97,000 and 46,000. Nobody is suggesting that such high levels of activity were healthy – look what happened in the following years – but at the same time it would be wrong to infer that the recent slight upturn represents anything resembling the speculative market and anticipated short-term gains which existed during the boom!

However, after six years of falling prices and falling sales, these positive evolutions are at last beginning to engender renewed optimism in the real estate professional sector currently working in Spain.