It has been confirmed by the regional courts in Valencia that the Esquerra Unida party is to pay only 30,000 euros in damages to Santiago Calatrava, the world-famous architect whose expensive buildings are 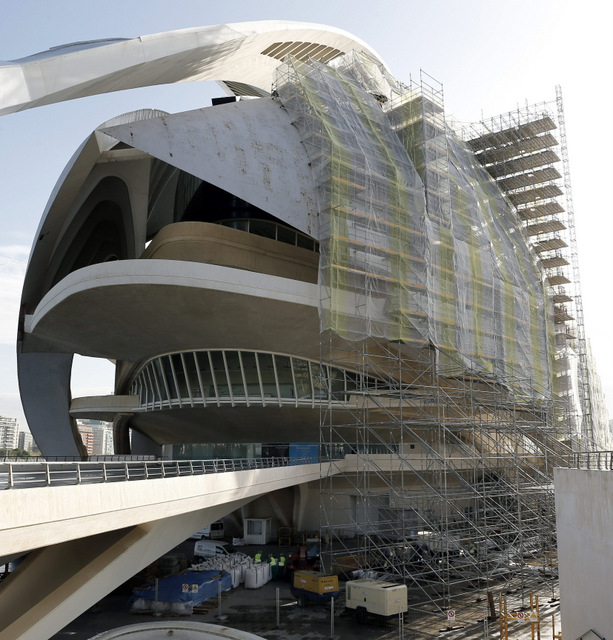 emblematic of the city of Valencia, and that the website www.calatravatelaclava.es must remain closed down.
The website was used by the EU as a platform to complain about the amount of money spent on building and maintaining Sr Calatrava’s aesthetically beautiful structures. The gist of the criticism was that the constructions, while considerably enhancing the visual appeal of the cities where they are located – including Lisbon, Jerusalem, Athens, Murcia and countless others, many of them in Spain – are neither practical nor, in some cases, built to last.

A case in point, according to Esquerra Unida, is the Palau de les Arts in Valencia, on which expensive repair work is currently being undertaken after part of the trencadis covering fell off only eight years after it was officially opened, and various other Calatrava structures have run into similar problems.

The confirmation of the sentence was issued by the Valencia court on 5th December, and almost immediately a new website was launched, www.calatravanonoscalla.com, ( which translates as Calatrava can´t shut us up.com ) featuring the same contents as the old site. In addition, the page invites contributions to help pay the damages, and a week after the sentence was confirmed 8,134 euros have already been donated.

The 30,000-euro damages actually represent something of a victory for EU: Santiago Calatrava initially estimated the damage to his reputation to be worth 600,000 euros, but the courts have ruled that only the name of the site used was unnecessarily offensive. At the same time the ruling recognizes that the information published is of relevance and interest to the general public, and in the name of freedom of expression its publication should be permitted.

Image: Scaffolding being erected around the emblematic Palau des Arts in Valencia to replace the white trencadis coating which fell off last year. Copyright Efe