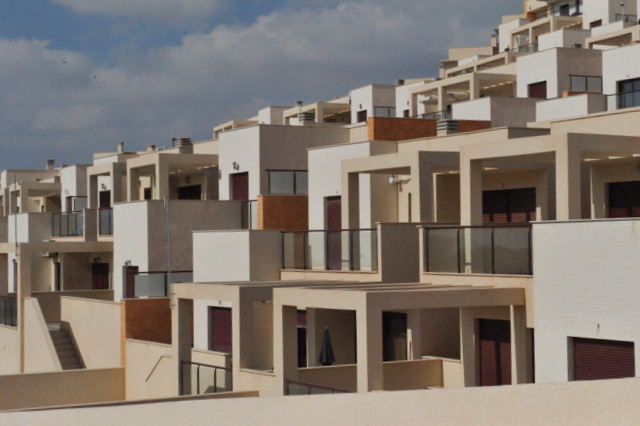 Although it is still too early to say that Spanish property prices have stabilized after seven years of devaluation the figures published continue to indicate that the slump is slowing down, and that the bottom is close to being reached.

The latest batch of figures published by property valuation firm Tinsa suggest that the average price per square metre fell by just 4.3% between the third quarter of 2013 and the same period this year, taking the accumulated average price reduction across the country to 40.3%. A year ago prices were reported by Tinsa to have fallen at an annual rate of 9.3%, so the slowdown is significant.

Across the country there was significant variation among the seventeen regions of Spain, with annual increases being reported in Extremadura (5.6%), Galicia (1.9%) and La Rioja (0.4%), and in the provincial capitals of Teruel, Zaragoza, Málaga, Pontevedra, Cáceres and Barcelona the average property price has also gone up over the last twelve months.

The regional decreases ranged from only 0.5% in the Balearics to 13.9% in Navarra, with significant falls of over 6% also reported in Asturias, Castilla y León, the Canaries and the Comunidad Valenciana.

The conclusion drawn by Tinsa from the nationwide data is an optimistic one: they anticipate that the slide in market price will finally come to a halt around the end of 2014, despite various other sources having warned recently that this may not be the case. Tinsa themselves are careful to warn that any stabilization is contingent on the continuation of encouraging economic indicators, and that negative inflation, the stagnation of other European economies and a fall in domestic consumption could all jeopardize price stability in the fragile Spanish property market.

Within the region of Comunidad Valenciana ( encompassing the three provinces of Alicante, Valencia and Castellón) the average price drop of 6.8% was made up falls of 5.5% in the province of Alicante, 5.7% in Valencia and 11.4% in Castellón, and in the three provinces the accumulated property depreciation since the peak of 2007 now stands at 42.8%, 47.8% and 49.3% respectively.

Depreciation has been more rapid in the three capital cities over the last twelve months, according to Tinsa, and in the city of Castellón a drop of 11% over the last year means that property prices are now 53% lower than seven years ago.