The spread of the destructive common pine shoot beetle continues apace, and as a result the regional 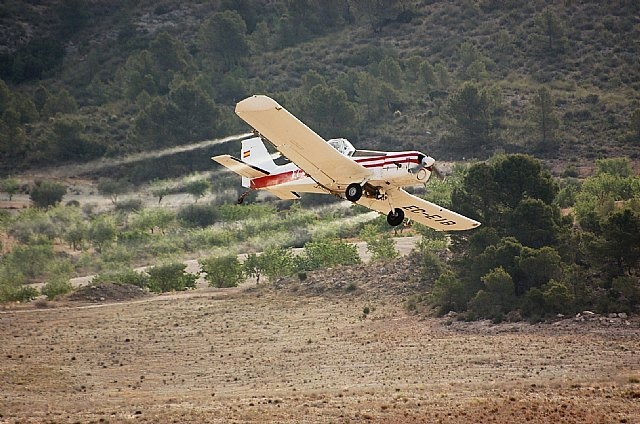 ministry for Infrastructures, Land Use and the Environment has now added twenty more municipalities to the list of those affected, bringing the total to 119. In all of these areas trees are to be treated to halt the further spread of the destructive insects, which are causing widespread destruction in many of the region of Valencia’s pine forests.

Since the first list was published six weeks ago ten more municipalities have been affected in the province of Castellón: these are Benicàssim, Almazora, Villarreal, Altura, Alfondeguilla, Sot de Ferrer, Ludiente, Montanejos, Cirat and Betxí.

In the province of Valencia, meanwhile, Benaguasil, Benifair de les Valls, Gandia, Godelleta, Guadassuar, LLaurí and La Pobla de Vallbona have been added to the list, while in Alicante Pilar de la Horadada, San Miguel de Salinas and Callosa del Segura are now included, all three of them in the Vega Baja area.
The inclusion of these municipalities in the regional government’s list means that the treatment of pines there is obligatory, whether the trees are on public land or private property: in all cases it is the owners who are responsible for ensuring that their trees are adequately protected.

The regional government is now prioritizing the areas to be treated on public land in order to begin spraying, and has already treated over 4,100 infested trees throughout the Comunidad Valenciana. At the same time, advice will be given to the owners of pine woods on private land, and prompt action is essential in order for treatment to be administered before the next generation of Tomicus piniperda and Tomicus destruens larvae hatches.

The spread of this destructive pest in the region of Valencia this year is being put down in large part to the exceptionally dry weather conditions in south-eastern Spain over the last year and a half, which have weakened pine trees and made them more vulnerable to attack by the beetles.