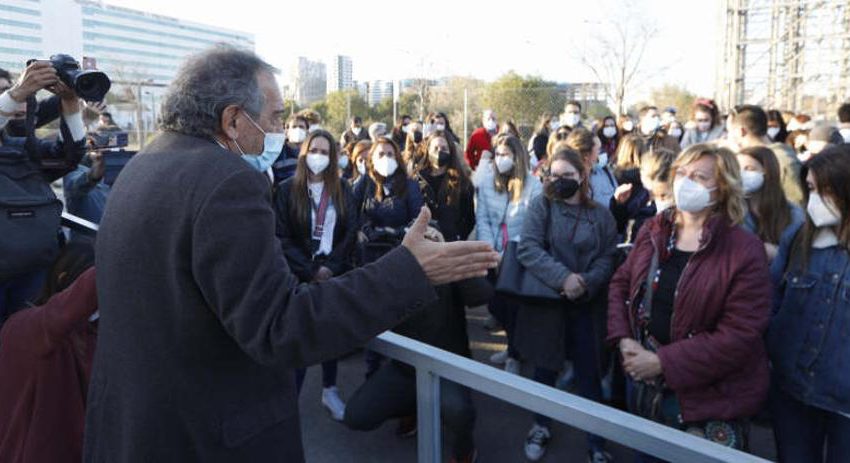 The decision adopted today by the autonomous communities in relation to Astrazeneca’s drug has caused the paralyzation, around six o’clock in the afternoon, of the vaccination of the teaching staff in the four vaccination points where the campaign had started this afternoon.

The administration has stopped immediately when the Health decision was known. Miquel Soler, regional secretary of Educationhas been in charge of notifying the teachers who were waiting for their turn at the doors of the field hospital of La Fe in Valencia of the suspension of the vaccination. According to Soler, with the information available to him at that time, “the vaccination was stopped.it has been decided to postpone for 15 days. When more complete information is available we will send it in a letter to explain how things stand. What was planned for this week will not be able to be done.“, he explained to a group of teachers.

The decision has been known just when the Comunitat Valenciana initiated the mass vaccination of the entire teaching community under the age of 55.. This Monday the first vaccinations were registered and in the afternoon the administration has been paralyzed with dozens of people waiting in the waiting room and in the street and also in the observation room after the administration of the dose.