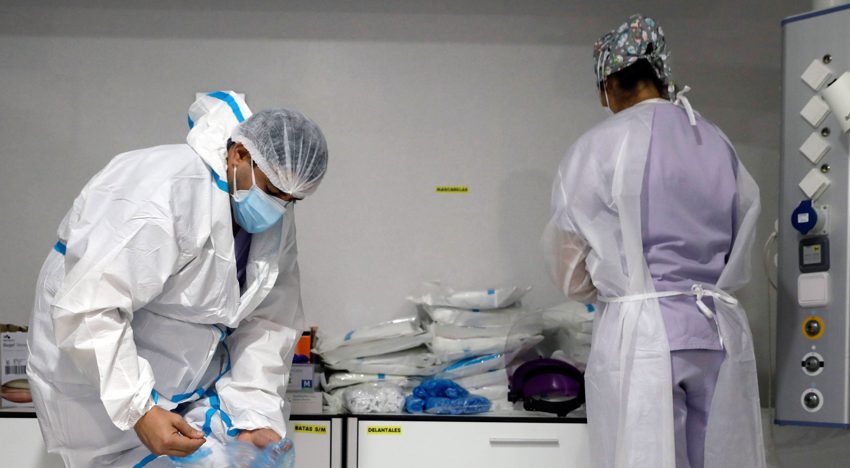 One of the worst days of lapandemia. The Community recorded yesterday 3,590 new cases of Covid 19 according to the data provided by the ministry. This is the maximum number of infections in a single day since the beginning of the health crisis.

In addition, there were 60 deceasedThe number of deaths was only 64 on 1 April and equalled the 60 deaths on 2 April, in the middle of the first wave. The total number of deaths in the Community now stands at 2,895 people.

Compared to national figures, the community took more than 25% of the positiveOne in four, and almost 20% of deaths, as the national total of new cases was 14,089 while 320 people died throughout Spain.

As far as the residences are concerned, 104 are positive. A total of 17 residents have died, another 45 have tested positive and 60 workers are also carriers of the virus.

The Ministry also reported that a total of 54 outbreaks have been recorded, the largest in Utiel, with 13 cases and social origin.

These figures come after yesterday’s increase of 181 people hospitalized and reached 1,725, which was a maximum in this second wave of the pandemic that was exceeded again yesterday. Over the last few days, there has been a increase in the number of cases and in the percentage of occupation both in the plant and in the Intensive Care UnitsThis is a figure that places the Community in the worst positions in Spain in terms of evolution.

On the other hand, the union of Nursing Satse demanded the Ministry of Health that perform mandatory PCR on all patients admitted to a hospital and in the transfer of patients between the different services, since he assures that “there are no professionals to replace those who are infected”. According to data from the union, there are currently outbreaks in the same service in four hospitals in the Community: Peset, Sant Joan de Alicante and the General de Valencia and Alicante.

According to the union, most outbreaks and isolated infections are occurring in non-Covid servicesThis is because the protocol does not establish that PCR should be performed on patients who are admitted, but only on those who are going to be operated on, and not in all cases. He recalled that they have reported “repeatedly”, “that there is not enough control over the access of companions, family members and visitors to hospitals, which makes health centres are a major focus for the spread of the virus».

Furthermore, in 19 of the 24 departments of the Community, the average number of infections in Spain is at least double that of 272 per 100,000 inhabitants. The worst part is taken by the department of Xàtiva-Ontinyent, where this national average is multiplied by five and reaches 1,277.

The situation in other departments of the Community is also very bigbecause in three more the rate of a thousand cases per hundred thousand inhabitants is exceeded. These are Valencia-Hospital General (1,228), Valencia-Clínic-La Malvarrosa (1,218), and Valencia-Arnau de Vilanova (1,022). In others, such as Doctor Peset and La Fe, the Spanish average is more than triple, with 911 and 919 cases per 100,000 inhabitants respectively. Only one department in the entire region remains below the Spanish average, Torrevieja, with 136 cases per 100,000 inhabitants.