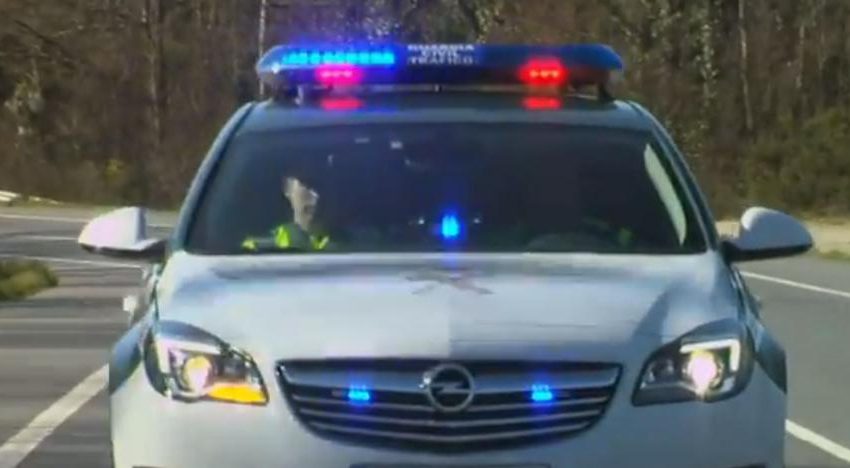 The first phase of the Outgoing operation of the Directorate General of Traffic, the first one, which takes place between Friday 3 July and Sunday 5 July, has started with traffic jams and delays at the exits of the big cities.

During these two months, 764 fixed speed control radars (80 of which are on a stretch), 548 mobile radars, 12 helicopters, 216 seatbelt and mobile phone control cameras, 11 drones for regulation and management activities and 15 camouflaged vans will be in operation. In addition, speed, alcohol and drug checks will be increased.

During this time, three surveillance campaigns will be carried out: one on speed, another on motorcycles and a last one related to alcohol and drugs.

Roadblocks will be frequent. The Guardia Civil de Tráfico wanted to give guidelines to indicate to the drivers how they should act if a patrol car orders them to stop.

How do you act in the face of an order to stop the Guardia Civil?:

1. Stop on the right side of the road in a safe area.

2. Do not leave the vehicle unless you are asked to do so.

3. When the reason for the stop is over, wait for the agents’ signal to continue.

How to act on a stop order 🔵 🚨de @civil guard?
1⃣ For the right margin in the area segura🚘
2⃣ Don’t go out unless you get it pidan🚫🚶♂️
3⃣ When the reason for the stop is over, wait for the signal to continuar👮♂️👋

Thank you for your cooperation! 👏#OperationOutput2020pic.twitter.com/0yW7sR4Oly

This is how Operation Exit goes

The traffic jams, although not as many kilometres as on other occasions, returned to the roads in the early hours of this Friday afternoon, coinciding with the start of the special traffic operation on the occasion of the first departure of the summer holidays. According to data from the Directorate General of Traffic (DGT), after half past six in the afternoon the exits from Madrid presented some complications, especially the A-3 at the height of Villarejo de Salvanés and later Fuentidueña de Tajo, in the direction of Valencia.

Once in the province of Toledo, traffic was slow on the A-4 as it passed through Seseña in the direction of Córdoba, and on the A-5 in Ventas de Retamosa towards Badajoz.

For its part, in the Comunitat Valenciana, the A-3 suffered traffic jams at the height of the Valencian town of Chiva, and the AP-7 in Godella, while in Alicante, the A-31 was congested in Villena in the direction of Elche.

An accident held up cars on the A-8 in Ontón in the direction of Santander and also affected sections of this road in the neighbouring province of Vizcaya.