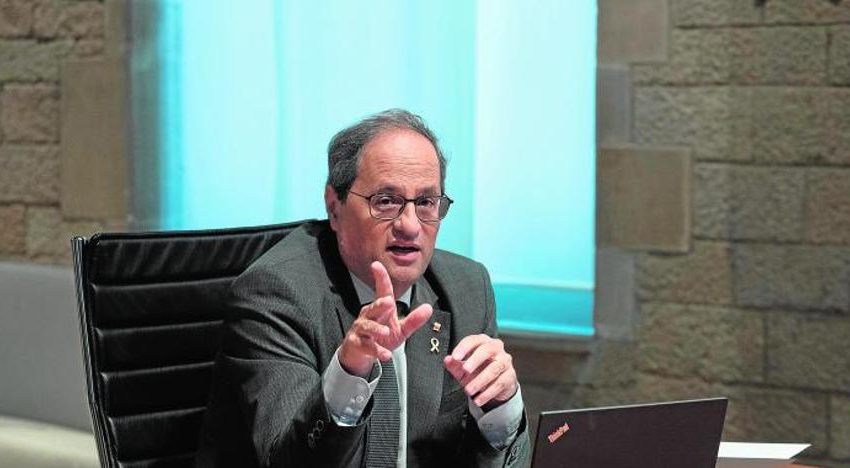 It is not even two weeks since Spain entered the phase of new normality, but there are already areas that are starting to take steps backwards in de-escalation. The outbreak of a new coronavirus outbreak led the Catalan government today to take the decision to confine the entire Segrià region of Lleida, which includes more than 30 municipalities, including the capital Lleida, and some 200,000 inhabitants.

The director of the Health Alert Centre of the Ministry of Health, Fernando Simón, warned on Thursday about the situation in Lleida, where there are nine active outbreaks that show that the virus is far from being under control. This is a blow to the population, after months of confinement, and to the health professionals, now that they were beginning to recover from the blow. José Luis Morales, head of the coronavirus plant at the Arnau de Vilanova Hospital in Lleida, the most important hospital in the city, summed up the feelings of the health workers today in Rac-1: “It’s like having run a marathon and being told that you have to start another one when you reach the finish line”.

The one in Lleida is the first confinement of a provincial capital after the beginning of the de-climbing period and the return to the new normality. From this Saturday at 12 noon, the residents of the Segrià region, which borders Aragon, will have their mobility restricted. It is forbidden to enter and leave the territory, except for people who have to go to work. The Mossos have raised 25 perimeter points to control access. Motorways and highways passing through the territory, such as the AP7 and the A2, however, will not be affected, as long as you are passing through.

The Generalitat has adopted the measure without an expiration date, although the Minister of the Interior, Miquel Buch, pointed to a minimum period of 15 days, as was already the case with the de-escalation phases during the state of alarm. The Lleida court, which ratified the measure adopted by the government under article 8.6 of the Law on Contentious Administrative Jurisdiction, limited the period to 15 days.

In the regions of Lleida there are nine active outbreaks. In the main hospital of the capital of Lleida, the Arnau de Vilanova, there are currently 21 people hospitalized (triple the number of 15 days ago) and six in the ICU for coronavirus. The centre is preparing to set up a second floor for people affected by Covid-19. In addition, it has built a field hospital annex.

In principle, the resurgence in Lleida is related to infections produced mostly in agri-food companies. In just one week, 365 positive cases have been registered in the province, which at the beginning of the pandemic had better figures. The Ministry of Health, which has been criticised for lack of transparency and which at the time clashed with the central government for reporting figures of deaths that did not correspond to the specific day, today reported 155 new cases in Lleida alone, and 400, in all of Catalonia, twice as many as on Friday.

“In the last few hours there has been a considerable increase in contagion to take this measure,” justified Quim Torra. “We must take extreme precautionary measures,” he said. The president of the Generalitat asked the population of all Catalonia not to relax and warned with the confinement of a greater perimeter whenever it is necessary. Torra has been warning the public for weeks that he will not be afraid to take drastic decisions. The government has always dissociated itself from the central government’s handling of the pandemic and accused Pedro Sánchez of reacting late. The same criticism rained down on the president of the Generalitat today, after the Minister of Health ruled out confinement on Friday following the warning issued by Fernando Simón on Thursday.

Not locked up in the house

To begin with, the Lleida confinement area is not residential, as shops, bars and restaurants will remain open. But meetings of more than 10 people are prohibited and the Ministry of Health has banned family visits to nursing homes. The inhabitants of Segrià, in principle, will not be able to go on holiday for the next 15 days. Neither will they be able to go to the second homes, specifically to the Costa Daurada and above all to Salou, known as the beach of the people of Ilerda. The decision of the Government took many of them on the beach and the authorities gave them until 4 p.m. to return to their homes.

The Minister of the Interior stated that the entire region is closed, except for reasons of force majeure and labour issues. In any case, Segrià is the most worrying focus and “at the moment there are no serious outbreaks in the rest of Catalonia that are close to confinement”, according to the Government.