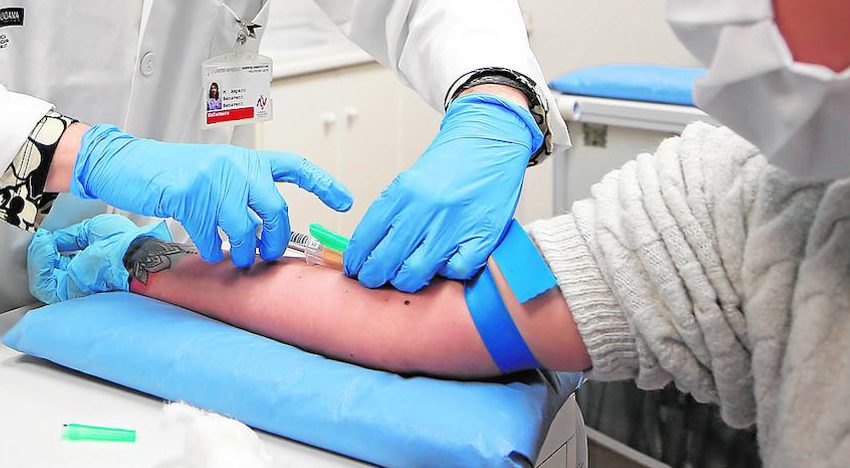 With concern and uncertaintybut  también in the hope that it may be the end of the pandemic. This is how doctors receive the news that at the beginning of the year, according to the most optimistic forecasts of the Government, the vaccine against Covid-19 will start to be administered to the population. However, the doctors predict that, if they do not have a major booster, overcrowded health centre visits can collapse. “With the current situation of overload, with the flu vaccination campaign underway, with the seasonal upsurges in welfare pressure in winter, and with the pending activity of chronic due to the halt of the first wave, it may be an absolute overflow,” he predicts. Víctor Pedrera, General Secretary of the Medical Union CESM-CVThe Ministry of Health is urged to study the possibility of establishing a network of locations (municipal centres, tents, etc.) to “take out” the administration of doses from the Primary Care facilities, as is being considered, for example, in Germany; and to reinforce the teams. Healthcare will set up the working group tomorrow to plan the tasks.

In addition, it will be difficult for 70% of the population to be vaccinated before next summer. Thus, according to experts, to achieve a sufficient degree of immunity, in the Comunitat would be necessary to administer the doses to about 3.5 million citizens. In the current flu vaccination campaign, in which records of speed and number of people vaccinated have been broken, the 283 health centres have administered the doses at a rate of about 550 per week on average per office (between 5 October and 17 November just over 920,000 people have been vaccinated). At this rate – higher than usual – it would take primary schools 22 to 23 weeks (just under six months) to give the first dose of Covid-19 vaccine to that 70% of the population. The problem is that the vaccines ordered by Spain require the injection of two doses (separated between 21 and 28 days), which means doubling the work and timeSo, with the current human resources, the marked records will not be reached until after next summer. “This may be the final tip for a dying Primary Care,” Pedrera said.

In this line, the Vice-President of the Valencian Society of Family and Community Medicine, Javier BlanquerIn the case of the Covid vaccine, he warned that some of the health centres do not have the two different circuits (Covid and non-Covid), which would create a risk of mixing the most vulnerable population with possible positives, hence the importance of having alternative vaccination points to the health centres. It is also necessary to have adequate infrastructure for storage and transport (especially for vaccination at home or in nursing homes), to have reinforcements of nurses, assistants, administration and wardens, as well as to launch an awareness campaign on the importance of administering the vaccine.

The population that can be reached in the first phase by the vaccine because they are part of the priority groups is more than one million citizens, since in the Comunitat there are about 990,000 people over 64 years old and the health staff is close to 80,000 people.

Those over 64 years of age await the arrival of the vaccine with varying degrees of excitement and even some reluctance. Raphael is an octogenarian who claims he’s going to wait. “I’m not going to get vaccinated yet because it’s missing stages, I won’t do it until I’m experienced and I meet the requirements.” This position contrasts with his wife’s, who says she does plan to go, “just like I’ve done with the flu.

Pedro Ibor, first vice-president of the Medical Association of Valencia and member of the CSIF trade unionAs a health worker, it is very clear to him that as soon as it is validated by the competent health authorities, they will get the vaccine because he is a person at risk. The Deputy Secretary of the College, Antonio Monrabal, stresses that he always gets vaccinated and this will not be an exception. He also stresses that “the danger will start to disappear when a large part of the population has been vaccinated”.

Also Fernando García, Provincial President of Health, CSIF ValenciaThe first step will be taken by those who take it, since “we must do it out of responsibility towards patients and we must set an example”. But for the vaccination can be carried out in optimal conditions “and not happen as with the flu campaign in which some departments missed doses at the beginning,” Garcia calls for “a good schedule, more resources and professionals, and that provide adequate spaces.

María Luz Gascó, regional secretary of the Satse Nursing Union, claims that she’s going to be vaccinated. It’s the only good expectation,” she says, “and you have to give scientists and pharmaceutical companies a vote of confidence. In his opinion, despite the speed with which several proposals have been obtained, it must be taken into account that scientists “have been looking for them”.