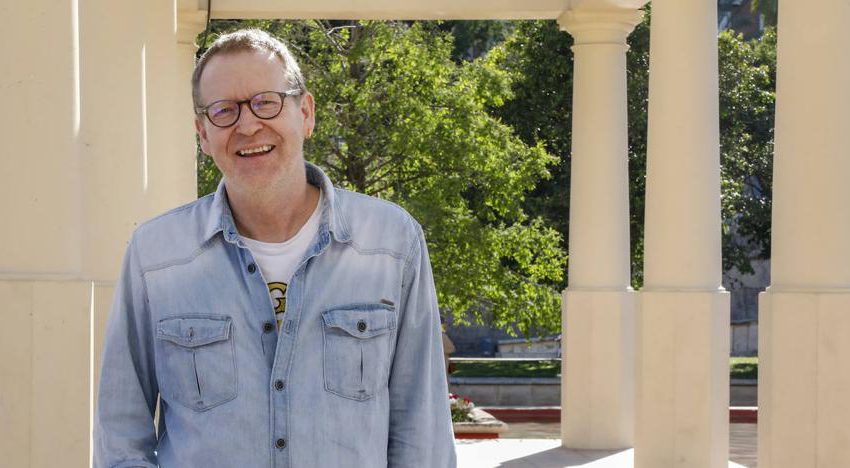 Bernd Knöller came to the world of cooking looking for an alternative to the studio. Born in Höfen, a small village in the Black ForestIn the end, his poor grades led him to enrol in vocational training, a much more widespread option in Germany than here. “There are 360 kitchen-related professions to choose from there, it’s a more practical education and more focused on real work. When I finished I asked myself: ‘what do I do with my life now? One of the great opportunities to be a cook is to travel, and for that you need to speak English, so I took a job in a hotel in England,” explains the cook and owner of the Riff restaurant.

After working in London for a while, he went to Chester to cook in a nice hotel in the team of a French cook who made him think, for the first time, that cooking could be much more than just a profession. “I worked in a two Michelin star restaurant in Düsseldorf and in the Maitre’s restaurant in Berlinfrom Henry Levy, where I just established myself as a cook. I was about 25 years old and I was worried about becoming one of those people obsessed with their work, so I left the kitchen, got into Caritas and started studying acting.

Living in Liguria, where he moved with a theatre company, he met his first wife, who was from Segovia, and the two decided to live together in Spain. Although Bernd had done an internship with Pedro Subijana and San Sebastian loved it, they declined to settle there, as they found it an expensive city. Madrid found it very big and Barcelona and Seville discarded them because it was the end of 1991 and they wanted to escape from the mess of the Olympics and the Expo. “We decided on Valencia, I always thought the most a cook could get is to have a restaurant in the Mediterranean. I am a super fan of Valencia, I love it and I criticize some Valencians for not seeing the jewel they have, it is a real beauty.

Reason that prompted him to come:

I was looking for a city near the Mediterranean where I could open a restaurant.

Secret to live by:

Bernd has become a Mediterranean person.

Besides the riverbed, one of his favourite places in the city was discovered by Bernd in 2011, when he had already been here for twenty years. One day a friend asked him to have lunch at the Catarroja harbour and when he put the GPS on, it indicated that it was ten minutes away and he even thought it was a mistake. “It was A real surprise, I find it incredible that such a beautiful place is so close to the city. The rice festival is held there every year and it is a very little known celebration, even among the Valencians”.

Bernd remembers that when opened The Blue Angel in ’93 people told him he was crazy, because here they only ate paella. But he was confident, thinking that a city by the sea would be open-minded and he was not wrong. The chef recognizes with pride of belonging that right now in Valencia there are many good restaurants and that the city has evolved a lot. And he is happy to be part of that generation.

The new post-Covid era is a challenge for him. “It’s a situation that affects us all equally, and I think the solution is about applying creativity and working hardWe have a fantastic team and we will not be short of ideas. The State has to give support, we are going to get ahead. If you have to choose a life motto, don’t hesitate to use a work by Alain Dukas who, in one of his first books in which he situates Mediterranean cuisine as haute cuisine, uses a phrase from a book entitled Mediterranean Breviary by Predag Matvejevic. “The quote says something like one is not born Mediterranean but becomes Mediterranean. I like that idea very much, I have become Mediterranean and I live the ‘Mediterraneanness’. And I’m going to stay here.