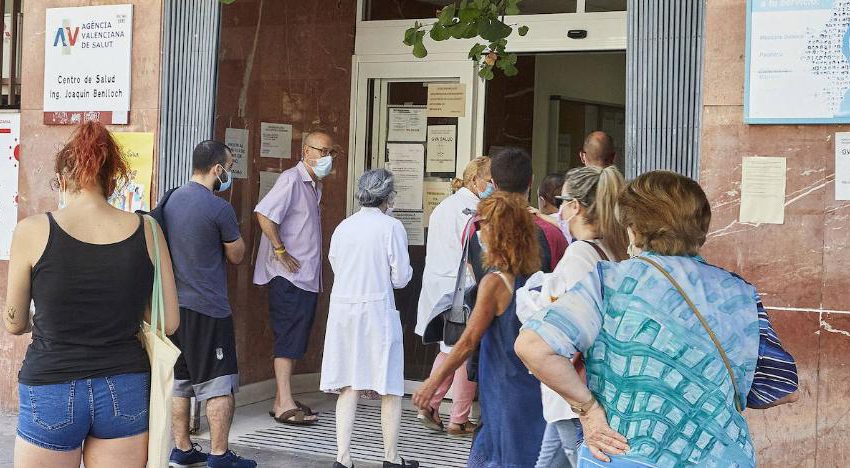 “We are not satisfied with the meeting because the measures proposed by the Ministry are totally insufficient and for its implementation pose unbearable deadlines”. That is the general summary that the Primary Care Physicians of the Valencian Community (FOMAP-CV) from the meeting with the Minister of Health after the “ultimatum” launched two weeks ago to meet their demands.

Of all the Decalogue that the practitioners brought to the Conselleria nothing came of it and Councillor Ana Barceló promised to study the proposals. But the head of the department announced that “they are going to to incorporate about 250 administrative and that it will be immediate,” detailed the FOMAP-CV spokesperson, Mª Ángeles Medina.

However, doctors consider this figure to be insufficient. “They’re few, but that’s where things should go.”He added. In view of this announcement, the doctors insisted that it is not only a question of reinforcing with human resources, but also that the technical means must be covered. “A person needs a counter, with a place, a computer and a phone line to be efficient. So whatever the council does, do it right,” they warn.

A situation that they emphasize after the Health Department will present them with the reinforcements they had put in place. That’s when they insisted that despite that “we are as we are”. “It hasn’t been efficient and you have to sharpen your shot to get it right,” said Medina, who added that it is necessary to have “empowered administrators who know about public administration. People who are in control and trained. To this end, the doctors’ forum provided them with specific training in the day-to-day running of the clinics because “we know perfectly well what we need”.

Medina gave the example that the administrators can solve the requests of patients who need to renew prescriptions, “not the medical part, which is my job,” he insisted, but “you can schedule it and we will prepare it. Writing the prescription is one minute, while if we have to call the patient for that, the minute becomes 15. Doctors insist that with this figure they can “gain time for face-to-face attention”.

Another major demand was the strengthening security in outpatient clinics and the campaign to raise awareness of the vital work in primary care went unanswered for the time being. Doctors have demanded that increased surveillance in health centres be in place before the end of the month because the “situation is untenable” and this would help to stop the increase in aggressions they suffer daily due to the tense atmosphere that exists at the moment in the clinics.

On the other hand, the Councillor promised to study a shock plan already in place in the hospitals. This is a self-concert for compensate doctors for overtime to follow up on Covid -19 cases outside of their schedules and, in this way, be able to dedicate the time of the consultation to attending to the patients cited. Barceló asked for a period of 15 to 20 days to study it with the TreasuryThe FOMAP-CV called for its immediate application.

The meeting held on Thursday afternoon by the Forum of Primary Care Physicians of the Community of Valencia (FOMAP-CV) and the Ministry of Health served for the doctors to raise their claims, but “nothing was done”. “We started a pre-agreement of what we are going to look at, but nothing. They are going to respond to us within 15 or 20 days on some of the points of our Decalogue,” said Mª Ángeles Medina, spokesperson for this forum. Given this response, the doctors will wait because “we break the deck and we leave the meeting or we hold out. We decided to wait for their response, but in parallel we will see what other measures we implement ourselves,” he concluded.