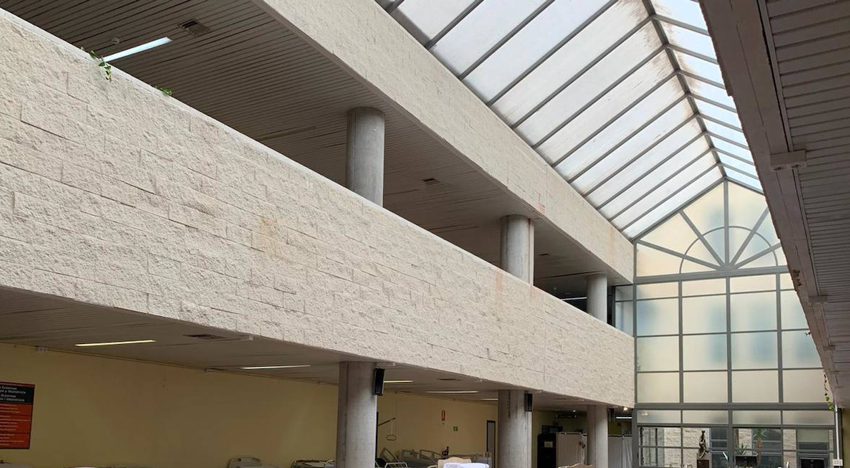 The pressure on health care continues to rise, so that in some Valencian hospitals the situation is starting to become critical. This is the case of Vinaròs where there are no beds left in the intensive care unit and the management of the health area has ordered that the emergency service be enabled to treat critical patients.

In a circular dated January 20, the health department manager indicated that in the event that the ICU if you run out of beds, patients who need to be admitted are referred to the emergency room where they will remain until they can be transferred to the intensive care unit.

The letter states that in this case the care of the sick will be by the ICU nursing staff. Specifically, a nurse and an assistant will be responsible for “nursing care of these patients until they are transferred”.

The expansion of the hospital’s intensive care unit has created a staffing problem in other areas that the health department tries to cover by calling on professionals from different areas of the hospital. The letter states that “the nursing staff of internal medicine or Covid plant will be mobilized to the ICU”.

On the other hand, “the on-call intensive care physician will be in charge of the patient«. In his absence, the intensivists in the pit area will take care of the patient.

The pressure of care yesterday increased again. There are now 4,175 people admitted to the Community of which 577 are in the ICU.

The increase of patients in Valencian hospitals has had an exponential growth during the last weeks. Seven days ago According to the Ministry of Health, there were 3,546 patients admitted. A week later there were 1,189 more, until there were 4,735. That is to say, they increased by 33.5% between January 14 and 21.

The increase in entered in the intensive units has also been exponential. They have gone from 531 to 667, which is 25.6% more.

In view of the growth rate of the patients the alarms have gone off. The field hospitals that already house dozens of patients in Valencia, Alicante and Castellón have been fitted out, as well as spaces in chapels, halls and dining rooms.

This policy also aims to divert human resources to the care of patients entering at a time of increasing numbers of infected health care workers and growing stress among frontline professionals.

The San Juan Hospital in Alicante is located on the brink of collapse to the extent that beds have started to be placed in the entrance hall in front of the elevators. The PP health spokesman, José Juan Zaplana, said it was not understood why the Conslelleria de Sanidad was not using the Doctor Esquerdo of mental health and managed by the Diputación de Alicante with its 40 beds as it was done during the first wave of the pandemic. “I don’t know what they’re waiting for. Despite the offer of the provincial institution are not using it,” criticized the deputy.

The auxiliary office in Albalat de la Ribera will be closed during the next few days. The reason for this is the cancellation of some of its professionals who have tested positive in Covid-19. As long as the closure of these facilities is maintained, patients should come to the health centre in Algemesi if they have any emergencies. Telephone consultations are maintained. “This is a transitional measure and resources have been reorganized to provide care in Algemesi,” health sources reported. The closure of the office has generated discomfort among the neighbors who are left without emergency care that is now centralized in Algemesi. This week in Almussafes reduced the schedule to the mornings.

Ontinyent City Council has ceded the Gomis Room to the General Hospital so that they can carry out rehabilitation work. The measure will allow the health department to leave space to attend to non-covid patients from other hospitals, especially from Xàtiva. The transfer of the cafeteria allows to guarantee the work of the rehabilitation area.

The rate of mortality in the health area of Gandia has shot up. In the last six days there have been 27 deaths of which 21 lived in a residence in the region. In the last 24 hours six deaths were recorded.