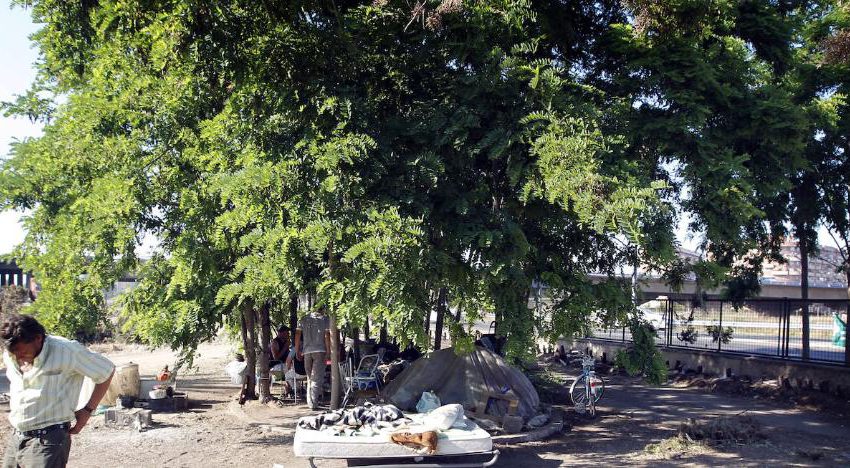 The minimum living income was approved in the Congress of Deputies with a large majority. The measure brought Spain into line with many European countries and promised to be an effective tool to help not only the traditionally most disadvantaged groups but also those who had seen their income drastically reduced due to the coronavirus crisis. Since mid-June, the procedure can now be carried out, but a month later it became clear that the system was not prepared to take on a foreseeable avalanche of requests that have overwhelmed the National Institute of Social Security (INSS), as the unions calculate that only in the Valencian Community some 60,000 files are blocked in offices that are understaffed. The initial enthusiasm of thousands of citizens to receive a subsidy of between 462 and 1,015 euros per family unit has often turned to frustration at not having any news of the aid.

LAS PROVINCIAS has contacted several Valencians who live in their own skin the difficulties of applying The two sides agreed that there was a lack of officials who could resolve their doubts and accompany them in the process. As Ana Belén Montero, secretary of Social Policy of the CCOO in the Community, recalls, “the staff of the social security offices has been reduced by 20% in recent years” and is currently one of the oldest in the entire administration. Therefore, the union is calling for reinforcements of personnel and urging the government to unblock the 1,250 places it has promised to be used to reinforce the headquarters.

The shortage of workers has a direct impact on care and, as Belén Vidal, vice-president of the Official Association of Social Work in Valencia, recalls, “the workforce is more than overwhelmed”. This leads to situations such as the office phone is completely collapsed day in, day out, as reported by applicants for aid, who also have the difficulty that the processing has to be electronic. The trade unions warn that many groups that opt for this income do not have the necessary means to access it or encounter difficulties during the process and therefore try to make an appointment with the Social Security authorities to process it with them, even if it is electronically. “Many citizens do not have the knowledge for all this”, they admit from the Red Cross, which has programmed a series of campaigns to inform people who attend about how they can opt for the benefit.

Another problem is that getting one of these appointments at the INSS is an almost impossible mission, and CSIF is concerned that some of its affiliates have told them that as soon as new appointments are announced they disappear in just 15 minutes. In addition, the trade union centre points out that the technical complexity of the process as another factor in the collapse and they point out that an experienced worker in the first days could only do about three procedures a day and that it is a constant “that the program collapses” and that the same data has to be entered into the computer system again and again.

All these obstacles, which are not characteristic of the Community but of the whole of Spain, lead to more than 60,000 applications being blocked in the three Valencian provinces. But this could get worse because the number of requests will continue to increase and the Government’s forecast is that 100,000 Valencian families can benefit from the aid in the medium term. Moreover, the figure will be much higher in the coming months as it is clear to the Executive that many will try to apply for the aid and process it despite knowing that they may be left out of the programme, so they estimate that applications may be more than three times as many as those eventually granted.

This administrative collapse will lead to many people taking months to be able to receive the minimum living income. To date, the Government has only confirmed that 9,232 Valencian families have received the funds, which means around 10% of which is aspired to reach. Of these, 4,340 correspond to coexistence units in Valencia, 3,923 in Alicante and 963 in Castellón. All of them have been handed over ex officio, that is to say, no formalities have had to be carried out since the INSS had their tax data and has shown that they barely obtain any income.

In addition to all these problems common to all of Spain, there is a particular problem in the Comunita, the duplication of the minimum income with a similar initiative. The Council approved last term the so-called Valencian income of inclusion which, in essence, is a benefit very similar to the new state aid despite the fact that it reaches a more limited number of citizens. This situation has meant that during the first weeks of the implementation of the measure promoted by the Spanish Government duplication has been detected and for this reason, the Department of Equality and Inclusive Policies, led by Vice President Monica Oltra, has urged the Government to approve an agreement to solve this deficit as soon as possible, since the decree approved by the regional Executive to try to avoid distortions is halfway to completion.

This same week Oltra made a request for measures to be taken from Les Corts and admitted that the initiative is necessary to “avoid duplicates and collisions” so that the Valencian service can complement the state service or even reach a larger number of citizens. But since the central government does not appear to be meeting demand through this channel considering that action has already been taken to reverse the situation. In response to questions from this newspaper, sources from the Ministry of Inclusion stressed that “a protocol has been developed whereby everything granted to a cohabitation unit is transferred directly so that the autonomies can adjust their amounts” and that its implementation is imminent.

“I found the office closed”

Alexandra finished receiving unemployment benefit in May and, with a baby just a few months old and an 11-year-old daughter in her care, was happy to have the minimum income approved. But the initial excitement turned to disappointment as she has no news of the aid. Like thousands of files, hers is blocked and she doesn’t even know if she has processed everything correctly because she did it at home electronically. “I went to the Social Security office and found the doors closed and there were only information sheets,” says this neighbour from Alicante, who points out that she has been able to check first hand “that the services are totally collapsed” when he tried to call for help in the process. “Right now I’m holding out thanks to my family but I don’t know how much longer I can hold out,” he says.

“Getting a physical appointment is almost impossible.”

Luisa Jiménez has lived a real adventure to be able to apply for the minimum vital income. This mother from Castellón, with a seven year old daughter, assures that from the beginning of the process all the information has been confusing and that she has had to repeat countless steps in order to process a grant that is currently blocked. Luisa, who until this year used to work at the beach, says that she was informed by the Social Security that she should not do anything because they would receive the aid automatically, but that never happened. So she had to start “almost infinite” procedures and call again and again to some offices where she was asked to make an appointment, which she says was impossible to get. “Whenever I called, the lines were always busy,” says Luisa, who was able to formalize her request after much effort, although it was blocked.