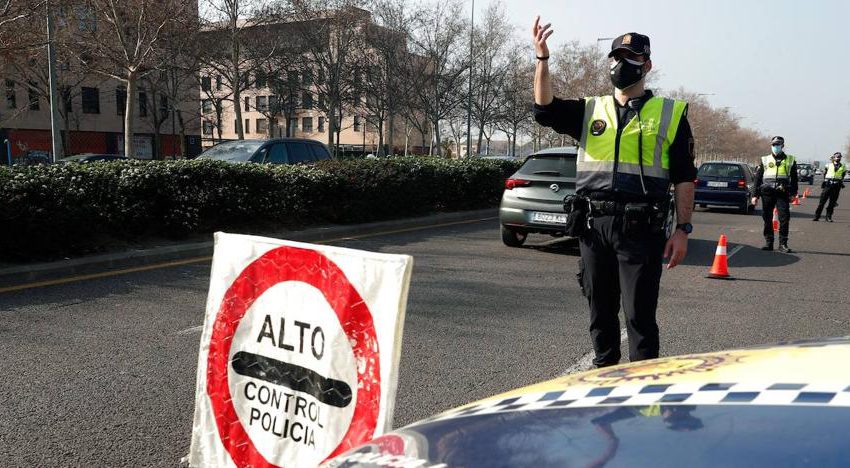 The fourth weekend of perimeter closure of 16 municipalities of more than 50,000 inhabitants of the Comunitat Valenciana accumulates a total of 2,705 proposed sanctions since its entry into force on Friday at 15.00 hours. Specifically, the National Police has raised 1,372 acts, local police a total of 1,055 and the Police of the Generalitat another 278.

On the side of the National Police, the Government Delegation reports that. the controls pass “normally”, with 14 sanctions less than last week. Most are concentrated in the province of Valencia, with 984 proposals, compared to 798 in Alicante and 82 in Castellón.

Thus, Alicante heads the fines raised by this body: 318 sanctions, to which two detainees are added. Elda and Petrer lead the arrests, with five of the 15 arrested at the regional level.

The second city with the most registered fines is Gandia, which has added 237 proposed sanctions. It is followed by Elche, with 160 penalties and one arrested, and then Benidorm, with 100 penalties. In Valencia there have been 104 fines and two arrests.

In addition, the Police of the Generalitat has identified 1,838 people and 1,487 vehicles in the 16 most populated cities of the Comunitat, where it has fined 208 people for jumping the perimeter closure.

The autonomous body has carried out 93 inspections in establishments, one less than last weekend, and has sanctioned three. In addition, it has carried out 331 warnings to use the mask, to keep the safety distance or respect the confinement, has sanctioned 12 people for possession of drugs, weapons or other reasons and has intensified its presence in shopping centers in the three provinces. In this regard, he stressed that the influx of public in shops and large surfaces “has been reduced by 38% of the maximum authorized third”.

Meanwhile, the Local Police has sanctioned seven establishments: three in Valencia, three in Alicante and one in Castellón. They have also notified 124 complaints of meetings not allowed, has made 83 actions in the family or social environment and has arrested eight people for non-compliance with the measures.