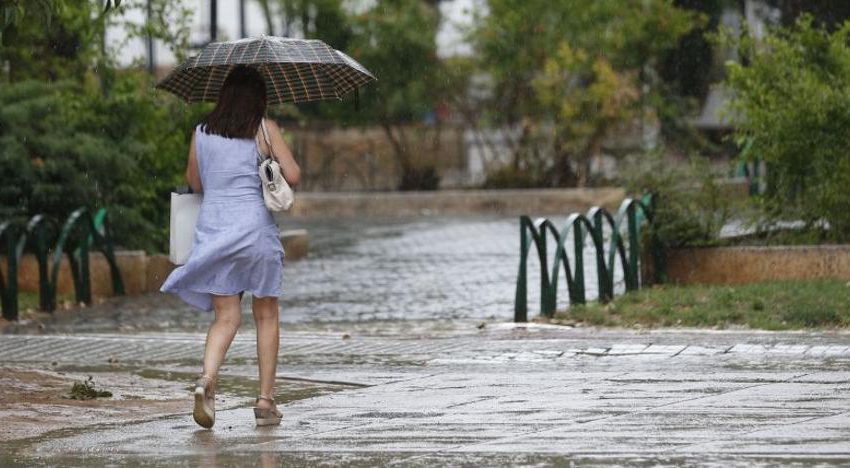 The weather forecast is very variable. What began as the announcement of lower temperatures and rainfall for Monday and Tuesday ended up being the arrival of a cold drop which would affect points in the Comunitat, Baleares and Catalonia. The latest update from Aemet indicates that the DANA will reach the Mediterranean leaving a first line of rainfall already during this Sunday. The alert is active until next Tuesday at the earliest.

A cold drop arrives just on the day when thousands and thousands of children start the school year, the most uncertain in history. Valencia city plans to pedestrianize the surroundings of the schools to facilitate the access, while Education warns of the lunches between teachers as a focus of contagion. As if this scenario were not enough, we must add to it the rain. The school run will be watered down.

The arrival of a DANA will bring rain throughout the Mediterranean arch and the Balearic Islands. Initially the forecast is that the heavy rainfall will also affect the Valencian Community, but Aemet’s indications are that in Valencia, Alicante and Castellón it will rain but the worst of the cold drop will stay in the Balearic Islands and Catalonia.

This way, this Sunday will end with rainfall in the Comunitat Valenciana. The forecast indicates that they will be registered in the interior of the province of Castellón. And there it will continue raining on Monday. This September 7, rainfall will sweep the Community’s coastline from north to south, leaving almost clear skies in the afternoon as the rainfall. Temperatures will drop significantly throughout the territory, both highs and lows.

In the face of Tuesday the rains could be repeated according to Aemet. In this case, they will also focus on the coastal side of the Community with showers which may occasionally be accompanied by stormsThe influence of the sea is not excluded, but it is possible that it may reach and wet inland areas close to the coast. Temperatures will fall in the minimums and rise in the maximums, slightly in both cases.

The Wednesday is presented as the first day without rains in the Community in a widespread way, although they could occur again in points of the coast and nearby inland areas. Mercury will already gain strength this day as the thermometers will rise to a maximum of 27 degrees in the city of Valencia, temperatures which will continue to rise to 29 degrees scheduled for Thursday and Friday in the capital.