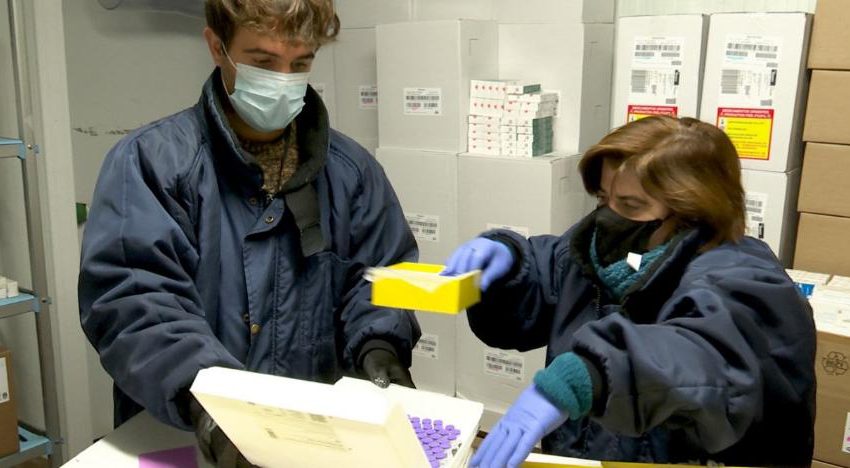 The Ministry of Health reactivated yesterday the vaccination in the nursing homes after the first days of the campaign only 16.67% of the 30,000 vials that the Community had until yesterday have been administeredA “fiasco”, as defined yesterday by Fernando García, president of CSIF Sanidad in the province of Valencia. “With 5,000 vaccines given in a week we would need about two years to immunize 70% of the population,” he said.

In this line, the general secretary of the Medical Union CESM-CV, Victor Pedrera, added that “the expected vaccination has remained in an initial photo without continuity, administering until Sunday only 17% of the doses received, being unable to organize vaccination teams to administer the vaccines daily regardless of the holidays, and again there are massive infections in senior centers, without having provided the necessary control measures.

Faced with criticism, from Health specified yesterday that between Monday and Tuesday of next week will end the administration of the first dose of the vaccine in all homes for the elderly and people with functional diversity of the Community (both users and workers). The second dose will be administered from January 21st also in these centers.

At Aerte, the employers’ association, they celebrated the news. “We were worried after three days that we had no news that any centre had been vaccinated,” they said, questioning how vaccination would be carried out in the centres with open outbreaks in Covid, “We are at the disposal of the Regional Ministry to achieve this objective as we can afford to have vaccines in the freezers. It is a real challenge, since it means increasing the rate of vaccination very significantly and during every day, including holidays and weekends”. They are also calling for day centres to be incorporated into this vaccination campaign, with the same priority as residential centres, so that they can provide their services with maximum security.

The Region is below the national average with that 16% of roads used, along with Aragon, Catalonia, Castilla-La Mancha, Madrid, Extremadura and Cantabria, this with only 5%. Asturias is saved from this disappointing start by managing just over 80% of the roads that arrived last week. It is followed by Ceuta and Galicia with more than 50%.

The government had been announcing since September that it had already prepared its vaccination plan. In recent weeks, meetings with the autonomous regions had taken place without any community having reported problems in complying with the campaign set by the central government. In theory, Spain would have 13,000 points to inoculate the compounds as soon as the first vials arrived. The thousands of professionals attached to these centres should also be available to inject vials in and out of the clinics, especially to users of nursing homes.

But the reality in the first week of vaccination has been quite different. As Salvador Illa revealed on Monday, the autonomous communities have only administered 82,834 doses of the approximately 350,000 vials that were given to them last week. In other words, a little more than 23% of the injectables have been used.