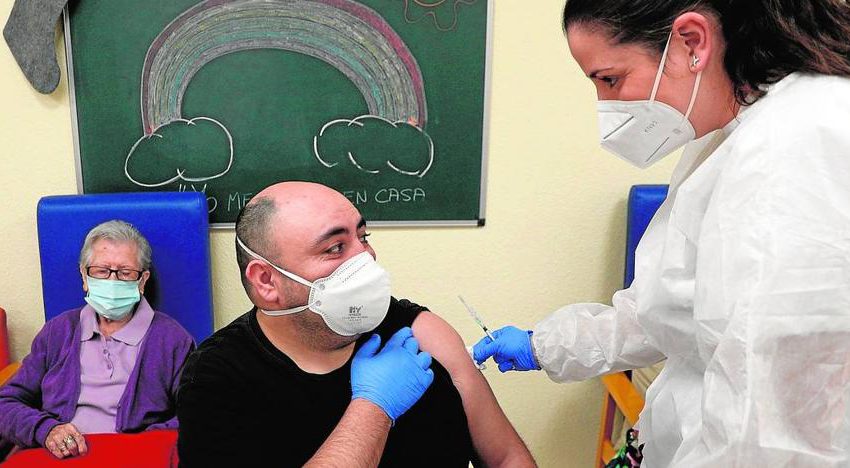 Jose Maria ToroThe president of the Business Association of Residences and Services for Dependents of the Valencian Community (Aerte), yesterday called on the Ministry of Health to make a real effort this week to speed up the vaccination process, since at the weekend, holidays and logistical failures have only been recorded activity half of the days since the campaign began on 27 December.

The truth is that, although in the Comunitat almost 800 doses were administered on the first day to elderly people in public and private nursing homes and to workers of the same and in the following days the number of doses reached 5,000, in the last three days there has been no progress and, unlike the first weekend, the second weekend no one has been vaccinated. Therefore, Toro asked to continue with the campaign so that the goal can be achieved that in January most of the users of the asylums have received at least the first dose and that even some already have the second one, which ensures a near 100% immunity.

Similarly, the employers of private residences asked the Ministry of Health “to clarify how we will act in those centers where there are active cases of coronavirus”. It was made clear from the outset that the medical criterion was that vaccinations should be started in those departments where there were no active cases in order to be most effective, but it is not clear whether this group will receive the remedy in the first batch or will have to wait for extra time.

According to the latest update of the data from the Ministry of Health, at present there are active outbreaks in 108 homes for the elderly in the Valencian Community (8 in the province of Castellón, 37 in the province of Alicante and 63 in the province of Valencia). In addition, there are 22 other centres of functional diversity, which are also considered a priority group, in which the disease is also present.

Toro stressed that the priority now must be to direct all efforts to make the almost 27,000 elderly people in public, private or subsidized homes and the 15,000 workers of them may be the first to be immunized as this group has been particularly affected by the pandemic. The department headed by Ana Barceló reported in its last full report the painful figure of 25 users who died. In addition, 51 residents and 19 employees tested positive for PCR.

Fernando García, President of the Health Department of CSIF, asked for a staff increase to face the vaccination in the next weeks and requested a better planning to the Ministry of Health since it considered that the current pace is insufficient.