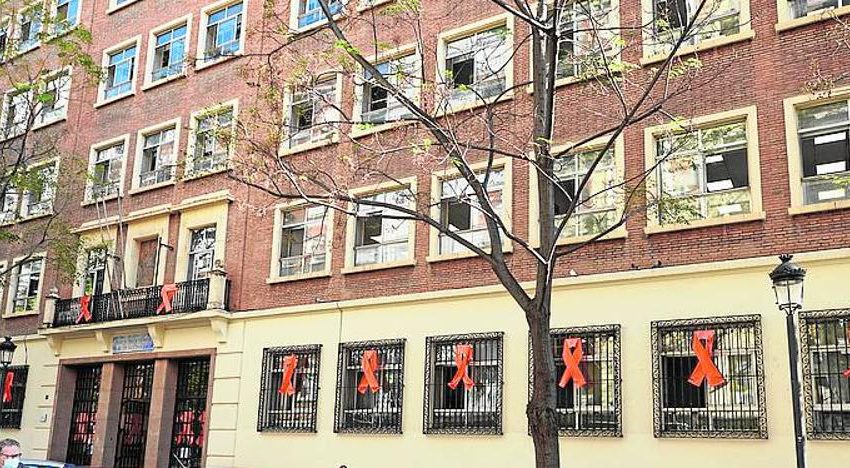 The Bureau for Education in Freedom has already specified the itinerary of the vehicle demonstration called for next Sunday to protest against the Lomloe, which is finishing its parliamentary process. In the capital, the caravan will leave from the Alameda, between the bridges of Real and Aragón, and will travel along the Grandes Vías, the Paseo de la Pechina, the streets Blanquerías, Conde de Trenor, Pintor López and Paseo Ciudadela and the bridge of Las Flores, to return to the starting point. The event will begin at 11:00 a.m. and is expected to last two hours. Logically, the Government delegation has been informed and has not raised any objections, as explained by the organization.

The measure is part of the More Plural campaign, promoted at state level by the Concertados platform, which brings together the main representatives of this educational network, as is the case with the aforementioned table in the Comunitat. It should be recalled that The protest has also been organized at the same time in Alicante and Castellón, as well as in the vast majority of Spanish provincial capitals. Entities such as Concapa or unions such as Fsie (the majority of families and teachers in subsidized education) are not integrated into the table but also actively participate in the protests against the Celaá law.

“The demonstration is a new action to protest against the reform and against the forms used by the executive,” the committee said in a statement yesterday. “It has been approved in Congress in an express manner and without seeking consensus at any time. They have not even allowed dialogue in the Senate. It is an imposed law, lacking a pedagogical project to face the challenges of education in Spain”, he added, before calling the norm “ideological and with a statist vocation”.

The sector has been particularly belligerent in considering that it will involve limiting the supply of concerted education, since it is urged to promote public places to cover any demand for schooling, not forgetting that it withdraws public funds from schools with differentiated education. It also criticizes the treatment of Special Schools, denouncing that they will be emptied of students, the possibility that the administration will intervene to distribute students according to their socioeconomic condition, the new regulation of Religion, which will no longer have an alternative, or the compulsory subject of civic values.

At the end of November, a motorized protest was organized in dozens of Spanish cities, even though it wasn’t convened at the Community, after the bureau had chosen to promote its own actions, such as chartering buses with messages critical of the law or sending mass emails to congressional education committee members.

On this occasion, we did not want to miss the opportunity to make their rejection of the law visible. The protest aims to gather hundreds of vehicles surrounding the center of Valencia, and it will be a day to pass on your message of demand, with Christmas just around the corner, large open surfaces and many people in the street.

On the other hand, Más Plurales regretted yesterday that no amendment proposed by the concerted in the Senate process is going to be accepted, trying to “silence a very important part of society”. Furthermore, he pointed out that even if the law goes ahead, they will take “political and legal” measures to “minimize the damage it causes”.