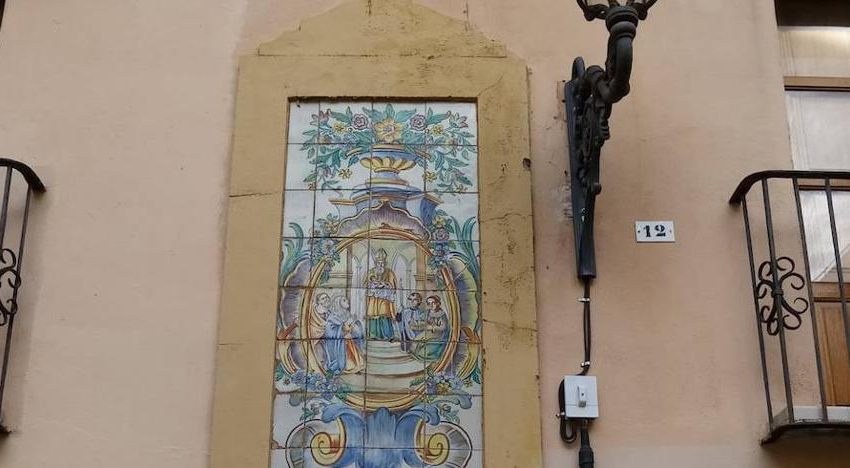 The ceramic altarpiece that fell on the corner of Corretgeria and Purisima last Saturday belongs to the Consistory. This has been discovered by an end-of-degree work that has found a document from 1962 in which it is stated that the altarpiece of the presentation of Jesus in the temple that was in this enclave of the centre is “property of the Corporation”.

There is a great deal of anger in the Circle for the Defence and Dissemination of Valencia’s Cultural Heritage. The message of Glòria Tello, Councillor for Culture of the Valencia City Council, made them feel very bad. “What is a real shame is that these people are always barking without knowing and without asking. The owner had initiated the request to rehabilitate the coat of arms. It may be too late, yes, but he had set it in motion. Blaming the administration has no reason to be,” he said on Twitter in response to a message that he was unhappy about the fall of the altarpiece.

The pieces required the intervention of the Autonomous Police and the Fire Department. They were recovered and stored in several cardboard boxes, but it is not yet known who will be responsible for their repair, if any.