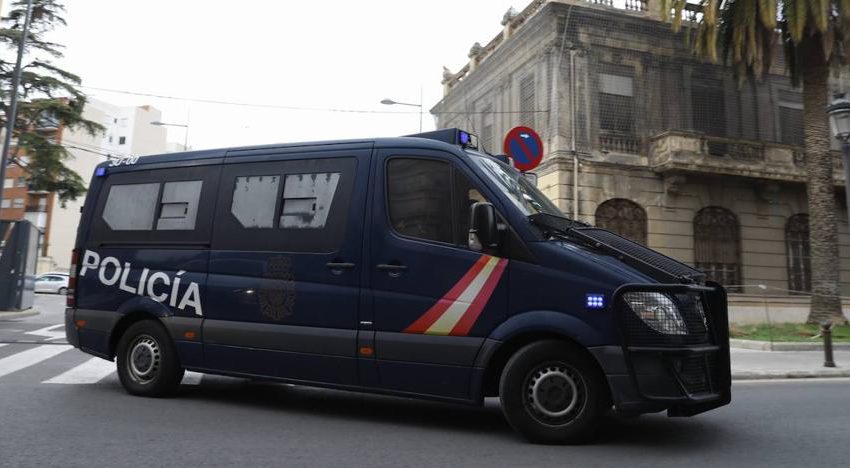 The National Police is preparing an operation to identify and control dozens of irregular immigrants who will arrive in Valencia in the next few days on five flights from the Canary Islands. The Ministry of the Interior has given precise instructions to the Valencia Police Headquarters to check the legal situation of North African travellers getting off the planes, as several agents did last Tuesday when they arrested 16 irregular immigrants at Manises airport.

According to the order received from the Interior, the agents of the Provincial Brigade of Aliens and Borders have to identify the North African passengers and give them a summons to come five days later to the Aliens Coordination Centre (CECOREX), where they process the agreements for return to the countries of origin.

The police must also check whether the identification data of these people were already included in a central register of foreigners in the Canary Islands (Adexttra) as immigrants who arrived in Spain in small boats, according to the document to which the provinces have had access.

In the last few days, the Government has moved nearly 300 immigrants from the camps and hotels in the Canary Islands to Valencia. The majority of these undocumented people are Maghrebi and arrived at Manises airport on eight Ryanair and Vueling flights without having undergone PCR tests at their destination. to avoid possible contagion from Covid-19, according to sources from the Unified Police Union (SUP).

The Ministry of the Interior today reiterated that this department does not manage or pay for the transfer of immigrants from the Canary Islands to the Peninsula, but only authorises “occasional relocations of people seeking asylum or belonging to vulnerable groups, such as minors or pregnant women”. However, the circular sent to the National Police confirms that the Government is authorized to transfer and control irregular immigrants when they arrive in Valencia. Last Tuesday, the police arrested 16 North Africans, all of them from the Canary Islands, at the Manises airport for not complying with the Law on Foreigners and other crimes that have not transcended, and two of them tested positive in Covid-19.

These people were taken to the Sappers police complex, where they received medical attention this morning after being fully identified. The Valencia Police Headquarters did not provide any information on the arrests of the 16 Maghrebi or the crimes they are said to have committed, although union sources said some of them are accused of identity theft and document forgery.

The same union sources pointed out that the 16 immigrants were released, although they have to keep a 10-day quarantine and the Generalitat has provided them with accommodation in the former La Fe hospital in Valencia to ensure compliance with the health measure while repatriations are being processed.

The Ministry of the Interior stressed that immigrants arriving in Spain in small boats they are in an irregular situation and have an open deportation filealthough they are free to walk around while it is being processed.

One of the Moroccans arrested last Tuesday, Jhosep, 24, paid for his plane ticket with money sent to him by his family. His brother lives in Algemesi and went to the Sapper police complex yesterday, but was unable to meet him because of the forced quarantine.

Two more planes with irregular immigrants from the Canary Islands will land this Friday at Manises airport, and the other three flights are scheduled for Saturday and Sunday.

The president of the PP of the Comunitat Valenciana, Isabel Bonig, has announced that she will request the urgent appearance of the president of the Generalitat, Ximo Puig, in Les Corts to explain the current situation of the arrival of immigrants to this region from the Canary Islands.

“We want to know if it is true that immigrants are arriving in the Valencian Community, how they are coming, where these people are and if they are coming with the RCPs that have been carried out because we are in perimeter closure,” Bonig said at a press conference, according to a statement from the party.

The popular leader also wants to know where the positive cases are being quarantined, if Puig was aware of their arrival or if he has called the mayors to warn them.

“The situation seems to us to be so serious that someone will have to give explanations,” said Bonig, who showed his support for the state security forces and called for “more means, more RCPs and more personnel.

The president of the PPCV said that she hoped that “today Puig, just as he was photographed at the arrival of the Aquarius together with – his vice-president, Monica – Oltra two years ago, would go out to explain, but we already know that those who arrived at the Aquarius went from being heroes to forgotten ones”, she denounced.