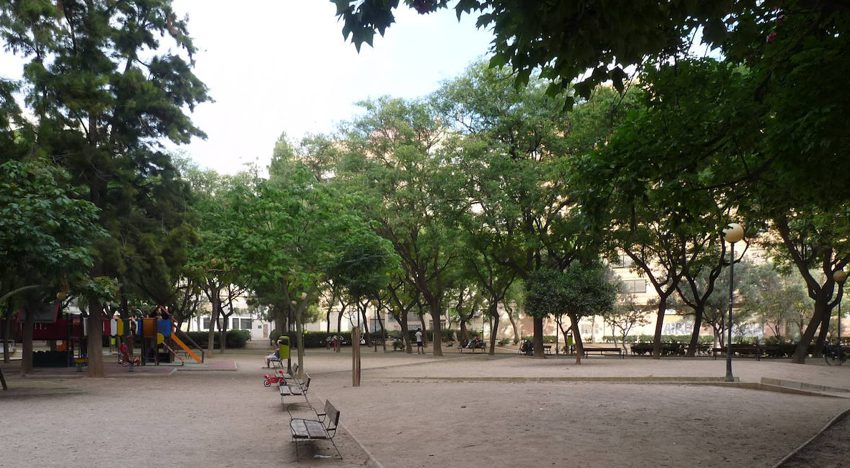 More than five years after they went out to tender for the first time and after successive paralysations, the remodelling works of the garden of the Plaza Manuel Granero, the largest green area of Ruzafa, will finally be a reality with another project. The City Council has announced the start on Monday of the execution of a project that will extend over 7,445 square meters.

The works, which will be developed with a budget of 464,400 euros, will be carried out in five months. The intervention responds to a vote of the participatory budgets of 2017, the City Council indicated yesterday, although in reality the remodeling began with the previous municipal government of the PP in 2015 with a contest that the current managers dismissed. The reform will be comprehensive with the elimination of the large central fountain.

The councilman of Urban Ecology, Sergi Campillo, explained that “the remodeling of the space will be integral to make it accessible and will eliminate elements that show signs of degradation after decades of use such as, for example, the central fountain.” “The area of trees will be preserved because they are in very good condition,” he said.

According to the work project to be carried out by Compañía Levantina de Edificación y Obras Públicas, S.A. (Cleop), there will be a perimeter treatment of the garden, using raised planters and hedges to define the green space of the surrounding sidewalk. “This treatment will also give a unitary character to the action since the current park is very fragmented,” he said.

The intervention will affect the uses, which are currently distributed by quadrants, and there is almost no relationship between them. “In fact, it will create a new living area between the different quadrants, and will complete the routes with transverse connections”.

Elements such as the ornamental fountain and the petanque area will be removed. “The trees will be maintained adding some punctual elements and the lost bushes will be recovered. We want to improve the condition of the vegetation,” he added.

A sustainable drainage system is proposed for the entire garden, with the aim of returning all rainwater to the subsoil. This will be achieved by means of gravel dredging ditches and permeable paving.