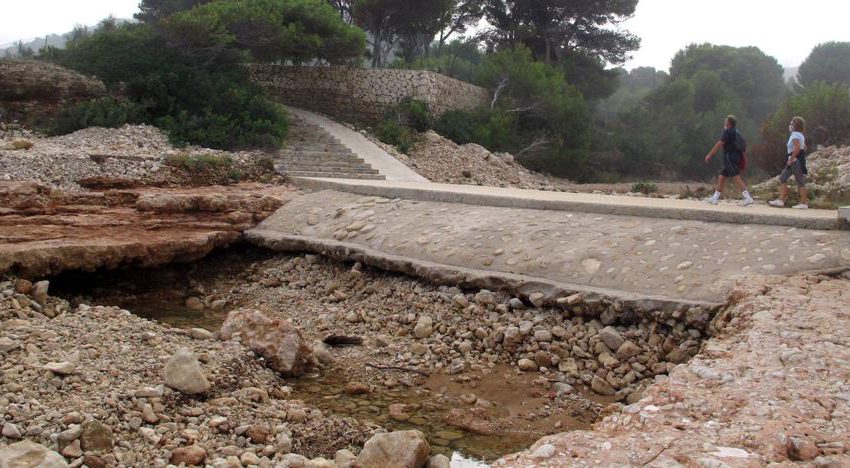 After the storm comes the calm, and in the coastal municipalities of the Comunitat, in addition, the damage to their beaches is assessed. The hangover from the storm has affected every corner of the Valencian coast differently. In La Safor the damage is measured by the lack of sand and the arrival of canes and dirt on the beaches. The stretch of coast most affected is, again, La Goleta, in Tavernes, where the water has devoured part of the sand deposited just a week ago. The sea is again brushing against the front line of the coast where the situation is complex and the local government is calling for “definitive solutions”.

The council has unanimously called for actions to stop the regression once and for all, as the councillor Josep Llàcer recalled. In the coastal section of Tavernes, moreover, piles of reeds are accumulating, coming from the northern coast. These remains, the councillor pointed out, come from the north, from which the River Júcar flows into the sea.

The storm has also left reeds and garbage on other beaches in the north of La Safor, such as Xeraco, where the channel that serves as a spillway to the Vaca River has removed all kinds of debris, garbage, bottles and plastics. Although the mayor, Avelino Mascarell, specified that the brigades will remove everything “once the sea calms down”.

The town councillor explained that the urban stretch of the beach suffers from these episodes of dirt “more than it should. The canal is in the north, on the border with Tavernes, and should be operational only when the Vaca is full, but the opposite occurs, due to failures in the infrastructure. It drains in any storm before the river, and that makes the beach full of debris,” he said. In Daimùs, due to its proximity to the mouth of the River Serpis, some dirt has arrived, although “it is little and can be easily removed,” said the mayor, Javier Planes. Something similar happened in Piles, where the dirt has appeared and there has been a slight decrease in the sand, said the mayor, David Morant.

It is in the border area between the regions of La Safor and Marina Alta (on Deveses beach) where the locals look at the Mediterranean in fear every time two drops fall. Luckily, in this last storm “everything has been quite calm”. Just in case, they already have most of the houses with huge stone and cement walls built in the last months. There are those who are still working hard there to finish as soon as possible. The enormous barrier of algae that has formed in the area has also helped, the waves now breaking over this wall of vegetation, more than half a dozen meters from the houses.

The presence of large quantities of algae has also slowed down, in part, the onslaught of the sea in the southern part of the capital of the Marina Alta. Even so, the virulence with which the water had acted in the Marineta Cassiana was still noticeable yesterday, where mud and stones could still be seen on the promenade. It was also forceful in the area of Les Rotes, where the bravura of the waves left the bottom of the promenade exposed. The water washed away a large amount of stones, so yesterday you could still see large holes right next to the passage area for people. The mayor responsible for Beaches, Pepe Domenech, said that “everything will be as before in a few days.

In La Ribera, one of the most affected beaches was again that of El Perelló, which disappeared swallowed up by the force of the sea. Although this time the water did not reach the promenade and the damage has been concentrated in the agricultural area, the coast of El Perelló continues to suffer the consequences of the regression caused by the Port of Valencia.

With regard to the towns, it should be noted that 30% of Alzira was flooded by the storm because some of its ravines could not withstand the fall of the storm in just a few hours. A situation that has been repeated in recent years and which fills the streets of the city with water and mud and which could be solved with an action already planned and awaiting funding. “We have been working for three years without being listened to. This is an investment of 1.3 million euros that is not a lot of money for the higher administrations,” explains the councillor for Public Services, Fernando Pascual. And the fact is that for two years the project has been presented, both to the Generalitat and the Government, for the construction of an interceptor channel to collect water from ravines such as the Fosc or Pescadors, which are the ones that produce flooding in a large part of the city.

The mayor explains that this investment, which would have to be added to the expropriation of land, cannot be assumed by the city council and is very necessary since the sewage network collapses when it rains more than 80 liters per square meter. “We will install more sewers in Nova Alzira but it is necessary to build this channel”, assures Pascual. Further north, in Torrent and Picassent, they also suffered the consequences of the storm. In Torrent, the residents of the El Pantano housing estate, who were cut off by the road, say that “some of the damage could have been minimised if things had been done fairly well” and they are calling for “the revision, maintenance and cleaning of the rainwater drainage collectors”.

The Consell Agrari will allocate 100,000 euros of its balance to emergency aid for damage to irrigation facilities. The rain and the storm have shown the lack of aid for necessary infrastructures.