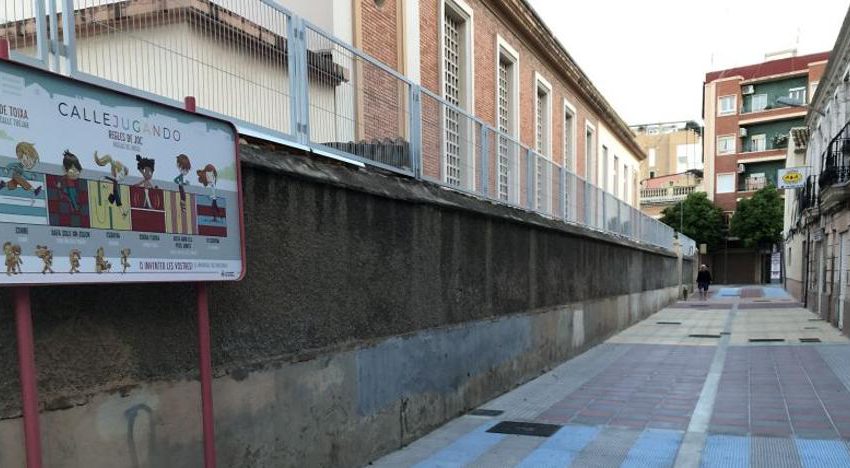 Next week the City Council will send a letter to the city’s Infant and Primary schools to inform them about the Municipal Plan for Safe School Environments, through which they will be created “.mattress spaces“, that is, “pedestrian spaces where there used to be vehicle and traffic passage” in the vicinity of schools. The centres will have a month to apply to join this initiative, as explained by the Deputy Mayor and Councillor for Urban Renewal and Regeneration, Sandra Gómez, who highlighted the project in the context of “the health crisis we are experiencing” so that “the students and their families can enter and leave the schools in compliance with the necessary safety measures”.

Once the educational centres transfer their needs to the Town Hall, actions will be designed to adapt to each of them “using the Flexible Urban Transformation Guide that we are finalising and which we will present shortly”. Thus, “with paint and urban furniture we will recover the space needed to generate these safe environments and we will remove the main source of air and noise pollution that is motorized traffic.

The casuistry will be variable: from the extension of sidewalks, through the pedestrianization of streets and even the creation of supermanzanas, like the one planned in the Petxina neighborhood, in the surroundings of the Jesús – María school. The councillor has given “examples already carried out in the city”, including the Pedestrianization of the Ceramista Gimeno squareThe first Marqués del Túria public school, next to the Rafael Mateu Cámara public school, as well as the surroundings of the Primer Marqués del Túria public school, next to the Westin hotel, or the calle Toixa, near the Nuestra Señora del Carmen school, where the “project ‘calle jugando'” was usedso that children can play with the same signage” on the track.

“In addition,” added the deputy mayor, “this will help establish safe school routes and sustainable mobility to go to school, which will have a positive effect on the education of young people. They will learn from an early age to have greater autonomy and to travel in healthier environments.

Gómez has framed the Safe School Environments Plan in the line of recovery of public space for pedestrians, which has allowed “to recover in five years more than 122,000 square meters for citizens, which is equivalent to 17 soccer fields. And we have done so not only in the most emblematic spaces of the city, but also in the neighbourhoods”.

“When we talk about creating habitable spaces, we must prioritize the most vulnerable groups, such as children,” said the head of the Urban Development and Renewal area. “A school environment has to be safe and this includes not only road safety, but the right to breathe clean air without noise pollution. In addition, recovering public space for people will help children to have a safer space after school and a meeting place for family members who accompany them”.

In that sense, “the creation of mattress spaces favours the quality of the environment in which the children spend most of their day. The fact that the exterior of the schools is as close as possible to a square where traffic is practically non-existent is an objective that we have set ourselves from the Town Hall to achieve these goals”.