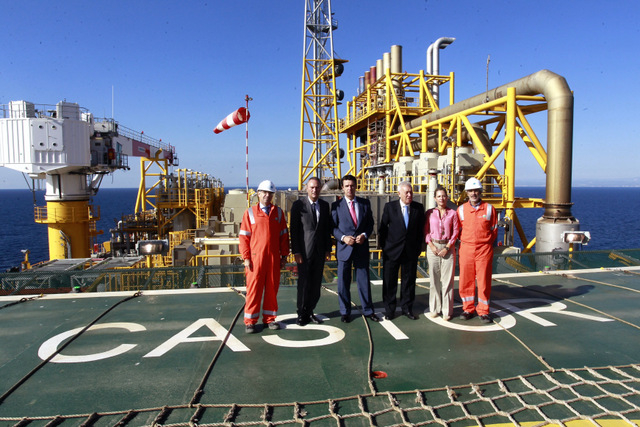 Enagás, the leading gas transportation and distribution company in Spain, has this weekend effectively concluded its involvement with the Castor Project offshore gas storage facility located off the coast of northern Castellón and southern Tarragona, organizing the payment of 1,350.7 million euros to Escal UGS through a consortium made up of the Santander, Bankia and La Caixa banks.

By the terms of the law through which the contract for building and running the Castor Project was awarded to Escal UGS in 2008 the government is obliged to ensure that payment is made to the company for the net book value of the project, and since ACS announced its intention to pull out in June the Ministry for Industry, José Manuel Soria, has made it clear that the company will have to be indemnified.

According to Sr Soria the government declared these terms to be harmful to the nation, but the Supreme Court disagreed and payment is therefore unavoidable.

In the end, the cost of the facility will thus be passed on to the taxpayer and, more specifically, gas users, by means of a surcharge on their monthly bills over the next thirty years.

In July last year Escal UGS, which is a 66.67% subsidiary of the ACS Group, made a 1,400-million-euro share issue to finance the plant off the coast of Vinarós, the northernmost town on the coast of the region of Valencia, but no sooner had they done so than a series of earthquakes shook the area. Experts have since reached the conclusion that there was almost certainly a link between the Castor Project and these seismic events, and in this context Escal rescinded its 25-year-contract to recover the net book value of the Castor Project.

Since the facility was “temporarily” closed down last September the Secretary of State for Energy, Alberto Nadal, has stated that it will take “years” for the safety of the plant to be guaranteed, if indeed this is ever possible. It now seems more likely, though, that the ambitious scheme will be consigned to history as an expensive failure.