Helga Schmidt, the former director of the Palau de les Arts in Valencia, was placed under arrest on Tuesday as part of an investigation into suspected financial irregularities at the opera house foundation. 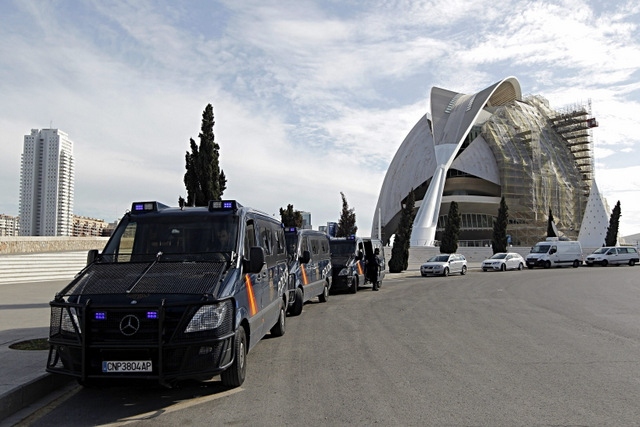 Police officers entered the Palau early in the morning and spent the whole day examining documentation related to the foundation’s finances, and Ernesto Moreno, the former head of administration in the organization, was also detained. Against the backdrop of the scaffolding which has been erected to carry out the re-installation of the faulty trencadis roof covering which became dislodged in December 2013, the arrests and searches served to accentuate concerns over the way in which the 400-million-euro Palau has been run since it opened in 2005.

73-year-old Helga Schmidt has been the subject of criticism from some quarters ever since she took up her post in Valencia fifteen years ago: she has been accused, for example, of conflicts of interest due to her holding a simultaneous post in a firm called Patrocini de les Arts, as a result of which she allegedly received commission on payments of 508,000 euros.

Another company known as Viva Europa June 24th was operative for only twelve months prior to being taken over by Patrocini, but received payments from the Palau during that period of 348,000 euros.

Both Mrs Schmidt and Sr Moreno are also accused of manipulating the award of promotional contracts to personal acquaintances rather than to the most advantageous bid received.

Only last December the EU party objected to Mrs Schmidt having spent 391,000 euros over the six years between 2005 and 2011 on travel and dining expenses. According to the EU political party these expenses were legal but not morally acceptable, and they accused the regional government of authorizing this level of cost during years of economic hardship for the whole country.

In 2009 alone Mrs Schmidt managed to run up an expense account of 95,500 euros, or almost 2,000 euros per week, and all of these and other reported irregularities led eventually to the regional government requesting an enquiry into the management of the Palau.

On Tuesday police officers located Mrs Schmidt at her habitual residence, the five-star Hotel Las Arenas, before escorting her to the Palau so that she could be present during the search of documentation related to the finances of the foundation. She later gave a statement to Judge Vicente Ros.

All of these events occurred just hours after it was announced by María José Català, the regional minister for Culture, that Helga Schmidt was to be relieved of her duties.

Sra Català later stated that her sole intention in demanding that the investigation delve as deeply as possible into affairs at the Palau us that the image of the opera house should not suffer any further damage after all the negative publicity of the last year or so.