The deaths of four people on Tuesday in Villajoyosa, in the province of Alicante, are under investigation by the Guardia Civil, as the evidence so far discovered suggests that a 38-year-old Murcia man may have killed three of the victims before starting the fire in which he too lost his life. 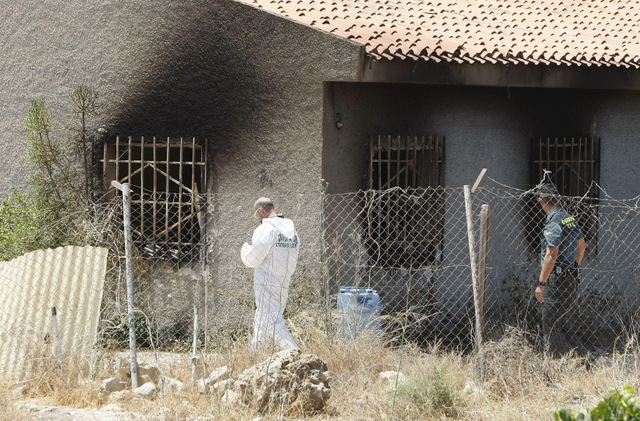 Initially the hypothesis regarding the incident was that the fire had been caused by a gas explosion, but when investigators discovered that three of the four victims presented knife wounds it became clear that foul play had been involved.

The current theory, based on the wounds presented by the victims, is that the man at the centre of the investigations used a kitchen knife to end the lives of his 66-year-old mother, his 7-year-old son and the 14-year-old daughter of his sentimental partner before attempting to commit suicide with the same weapon. When this failed, he is thought to have doused the house in gasoline and set light to it.

The house, which is located in a rural area known as L’Almisserà in the municipality of Villajoyosa, not far from a petrol station on the AP-7 motorway, went up in flames at around 10.30 on Tuesday, with witnesses reporting that they had heard an explosion before seeing the resulting pall of smoke. These witnesses included various drivers on the motorway and those working on the construction of a nearby golf course, and various of them attempted to break down the door of the house, unaware that it was too late to help those inside.

It was only after firefighters extinguished the blaze that the bodies first began to be recovered, firstly those of the man suspected of triple murder and his mother, and then those of the two children. Apart from the fact that he lived in Guadalupe, no other details concerning the man have been released.

The regional goivernment and President of Spain have all expressed their shock at the event and sent their deepest sympathies to the remaining members of the family.