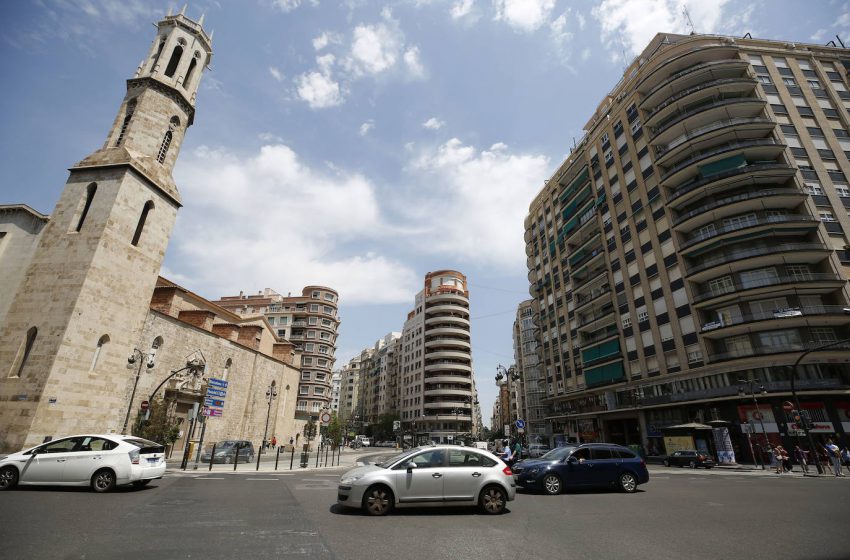 The City Council of Valencia cNext week, work will begin on the provisional adaptation of the Plaza de San Agustín as a pedestrian zone, an intervention that has a p64,000 and will be carried out within one month.

The Deputy Mayor and Councillor for Urban Development, Sandra Gomez, has reported this agreement of the Local Government Board, which will allow “to expand public space for citizens in a unique enclave that is one of the gateways to the Ciutat Vella, the most transited by road traffic,” according to municipal sources.

According to Gómez, it has been adopted “within the framework of the municipal policy of regaining public space for peopleand with character temporary and urgent on the occasion of the crisis generated by the coronavirus pandemicgiven the need to keep your distance of pedestrian safety.”

The approved project, with a budget of 64,000 euros, affects an area of about 300 square meters of the square, located between the three docks of the Municipal Transport Company (EMT), which serve as distributors of the bus lines, and the facade of the Church of Sant Agustin, “space that will become a pedestrian platform, which will act to avoid unevenness.

As far as the work is concerned, Sandra Gómez has clarified that it will be executed by reusing materials. “As this is a provisional and urgent action for the regeneration of the space, we have the existing urban furniture as well as elements ceded by the Navy for reuse”.

In the public appearance after the Governing Board meeting, in which the deputy mayor, Sergi Campillo, also participated, the deputy mayor also informed about the beginning of the works in the Town Hall Square, which start on Monday, and those in Pérez Galdós Avenue, “whose final project will be accelerated during the next week”.

“With these works of recovery of public space for the citizens, the City Council also promotes the local economy, because any investment generates employment,” added the councilwoman who, as an example, has indicated that the works of the square of the City Council allows the hiring of 25 or 30 people who are currently in an ERTE.

Frontons of the Nazareth sports centre

Among the issues discussed at the Local Government Board, the Deputy Mayoress also highlighted the approval of the Project for the execution of the works that will provide a solution to the gables of the Nazareth sports centre.

“This action, which was very necessary, will have an investment of 150,000 euros and will allow us to fix the damages of the last storms, but also to reform them and to replace the movable wall to build a more suitable rebound wall for the practice of this sport”, he highlighted.

The intervention, which will be carried out in about 56 days, is added to others that demonstrate the commitment of the government team with Nazareth,” said Gomez to recall “the municipal work developed to generate opportunities in the neighborhood through sport, as we have advanced with the release of the sports city of the Levant that was agreed yesterday in the plenary.

He explained that this sports centre is a technical centre where athletes who are part of the national team train and he stressed that now “they are going to have facilities in accordance with the needs of this centre”.

In fact, he has argued, from October 4-10, 2020, the Seventh World Cup of 30-meter fronton was scheduled to take place, a world-class event with impact for the entire city.

With this intervention, when this international competition is held, which has been postponed to 2021, “the facilities will be ready and may even attract concentrations in the future of the Spanish team, as well as other national teams,” he concluded.