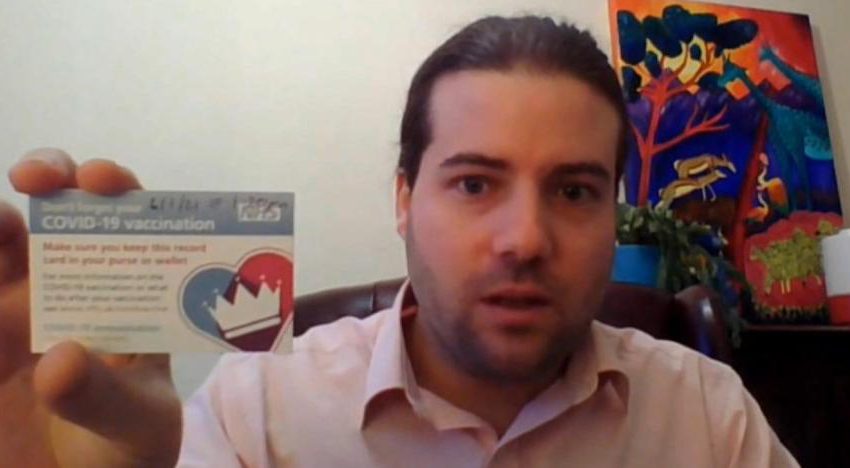 Jordi Sirera now holds in his hand the ‘COVID-19 vaccination’, the card that makes him one of the first Valencians in the world to receive the long-awaited vaccine against the coronavirus. In his case, as À Punt said yesterday, the privilege comes from residing in the United Kingdom and working as a worker in the group of population considered of professional risk, with employment in a chain of geriatric hospitals in Manchester.

“I’m fine, I don’t have any symptoms. The process is simple and very well organized. I think everyone should get vaccinated and it’s not just a question of ethics, we’re talking about public health. The vaccine is a historic advance and it would be irresponsible to ignore the benefits that will eventually be produced in the entire population,” he told LAS PROVINCIAS.

Jordi is originally from the town of Banyeres de Mariola in Alicante. He is one of the almost two million British residents who have been infected so far in the country. In his case it was with the first wave, but he overcame it without having to go to hospital.

Despite having developed antibodies against the virus after the early infection, the Alicante native has decided to follow the recommendations of the UK health authorities and get vaccinated. All for the sake of greater protection.

The first dose of Pfizer vaccine is already circulating in your body. The Valencian follows in the footsteps of the first immunized British. The initial impressions of Banyeres’ are good. So far, he has not reported any side effects or illness. Jordi already has an appointment for the second dose that requires this vaccine, pioneer in the approval by the sanitary authorities and that promises a 95% of effectiveness against the coronavirus. It would be on January 6, the day of the Three Kings, when the neighbor of l’Alcoià complete their immunity thanks to the drug. His family is now watching him closely.

The hope for the first vaccines in the United Kingdom contrasts with the delicate situation the country is going through due to the increase of infections and a mutation of the virus that, according to experts, triggers its spread. British bars, restaurants and entertainment venues have closed again as a preventive measure just two weeks after England’s release from the second round of the coronavirus confinement. “A smaller Christmas will be a safer Christmas,” Prime Minister Boris Johnson advises the English, while calling for caution.