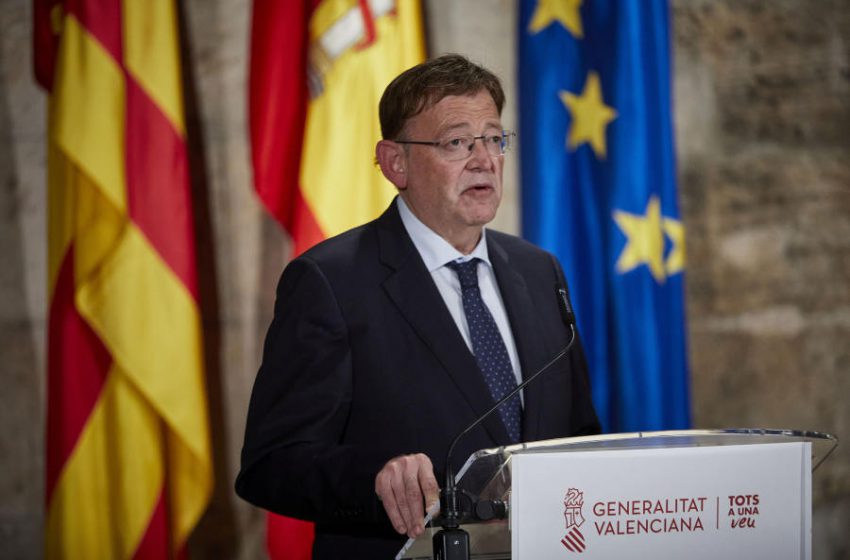 Step back. The Interdepartmental Coordination Table of the Generalitat has agreed to take new restrictive measures in view of the situation of the coronavirus in the Community. Thus, the first of the three measures states that no meeting may exceed six persons “no exceptions” and at Christmas the two family groups cannot be exceeded.

Besides, the curfew is brought forward to 11 p.m. with one exception, on 24 and 31, when it will be allowed until midnight.

Finally, the impossibility of travelling outside the Community is reinforced. The perimeter closure, scheduled to last until January 15, is tightened by a ban on travel outside to visit family members. Only those who return to their homes will be allowed to enter the Community. All these measures will come into force from Monday 21.

Exactly one week before Christmas Eve and almost at the same time as the traditional message from His Majesty the King, the President of the Generalitat, Ximo Puig, and the Councillor for Health, Ana Barceló, have appeared to announce these new restrictions The Committee has been informed of the current situation in the Community, which it has explained obliges it to take these measures. Puig himself warned that the measures would be taken “from a position of serenity” and with “people’s health” in mind.

In addition, Puig has announced that they have already scheduled to receive 600,000 doses of the vaccine, although there is no time or day to start giving them.

Puig has asked “apologies“The government has been criticizing the public for the new restrictions and for changing the measures just 12 days after announcing others, but it has indicated that, “as everyone can understand, if the epidemic and incidence situation of the coronavirus is changing, we must adapt to the new reality in order to better combat the pandemics becauseThe consequences of not doing so would be worse«.

The ‘president’ has justified these new limitations in which the incidence of the Covid has grown by 27% in the last week and that we’ve had over 2,000 cases of coronavirus for four days in a row. This, he said, “forces us to react” because “we are risking the health, work and future of the Valencians and not how to celebrate the Christmas«.

“Breaking the restrictions means hurting the rest,” he said, and that’s why he said the guidelines have to be home ownership, staggered shopping and security. «It’s painful to have to restrict Christmas more, but it’s what it takes for prudence and responsibility“he summed up. All the measures will come into force next Monday.

Relive the appearance of Ximo Puig