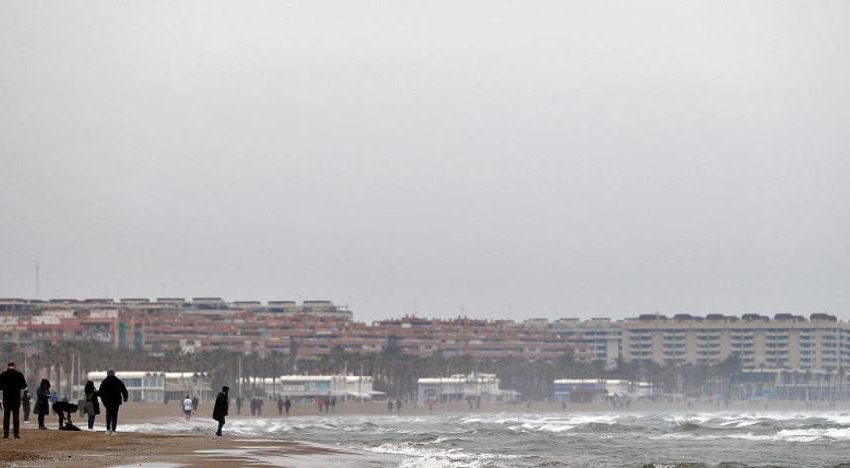 Yellow warning for rain in the Comunitat Valenciana. That is the indication of Aemet for this Sunday, the first of March. During this week it had already been indicated in the daily forecasts that the rains would come to the Comunitat, even that the known as ‘.rains of blood‘, when a cloud of Saharan dust arrived. Already this Saturday night there were the widespread rains for the first time all week. They have arrived and will remain between the provinces of Valencia and Alicante until next Tuesday, although the yellow warning ends this Sunday at midnight.

Facing the last hours of this SundayAemet notes, for example, that in the city of Valencia will increase the amount of rainfall recorded per hour. It will happen the same in other localities of the Comunitat, when in the face of the night and early hours of the early morning rainfall increase substantially.. The yellow warning ends at 00:00 hours but it does not mean that at that time it stops raining, but that there is no longer a risk of the phenomenon indicated.

The Monday will be a day of showers, although more likely during the afternoon. Nor is the forecast indicates that during the first half of the day will shine the sun, rather the opposite. The clouds will cover the sky and with the passage of the day will increase the likelihood of precipitation in the Comunitat. In the second half of the day could even be “.locally strong and persistent” and are not ruled out “with occasional thunderstorms“.

The Tuesdayit seems, will conclude this episode of rains, which in truth has been ten days with forecast of rainfall and actually four raining, although unevenly. It is expected for the 9th of March that the sky will be cloudy, tending to intervals of clouds and little cloudy at the end of the day in Alicante and Castellón. Rainfall during this day will be occasional, more likely in the afternoon and in the form of showers.