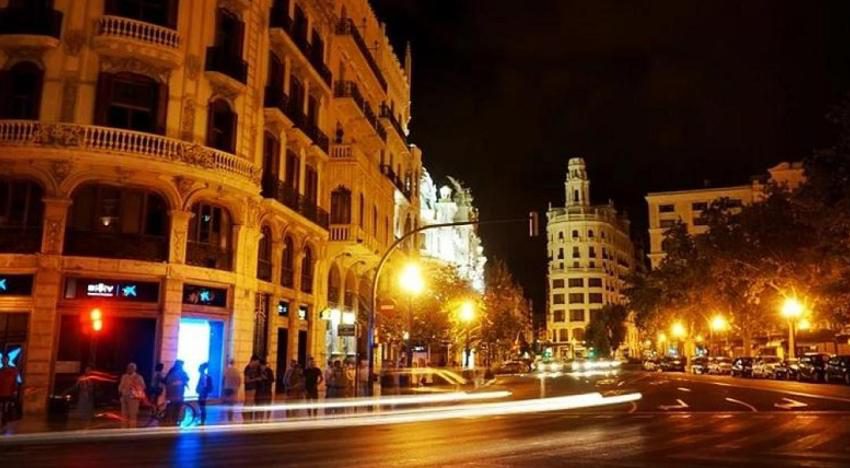 Sizzling night in the city of Valencia with thermometers that haven’t gone below 25 degrees all morning. The change foreseen by Aemet will leave a curious note and is that it will have been hotter at night than the central hours of the day, when the forecast points to rain in several parts of the province. The change is going to be noticeablee, after living the first heat wave In the official summer, a rainfall front arrives in the Comunitat that threatens to leave rains almost everywhere on Mondays and Tuesdays. It seems that it will take a while before the equatorial nightwhen the thermometers don’t go below 25 degrees.

The week begins and the substantial change in the weather is already noticeable as Aemet predicts. For this Monday the sky will be cloudy and threatening rainfall all day long. If it happens it would be in the morning, most probably in the province of Valencia and north of Alicante and in the afternoon in points of the interior of the Comunitat. At the end of the day, the cloudiness would decrease. The minimum temperatures during this August 3 will be identical to those of Sunday, while there will be a significant decrease in the maximum temperatures.

TuesdayAugust 4th. The rains continue. Or that’s what Aemet points out in his forecast at the Comunitat. The showers would be weak and repeat Monday’s pattern. In the morning there is higher probability of rain in coastal areas and in the afternoon in inland regions. The minimum temperatures will fall slightly and the maximum temperatures will rise, doing so notably in the province of Valencia.

The WednesdayAccording to Aemet, it won’t be a rainy day anymore. The sky will be between cloudy and clear. There will be clouds of daytime evolution that could leave Castellón showers weak on the inside, but already in the afternoon. In the rest, no rainfall, in principle. The minimum temperatures will be maintained and the maximums will rise significantly in the interior of the province of Valencia.

The Thursday the pattern of clear mornings will be repeated, with evolutionary cloudiness growing at points in the interior of Castellón that could leave some shower in a weak way. Temperatures will either remain at the previous day’s values or rise slightly.