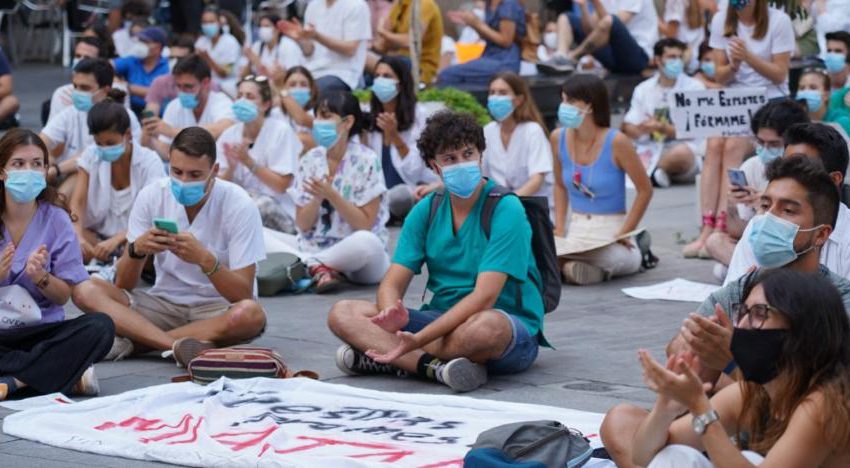 The struggle of the Resident Intern Physicians (MIR) in the Valencian Community does not cease. Hundreds of health professionals returned to the streets of Valencia yesterday in the first demonstration following a failed meeting with the Ministry of Health and the group’s complaint that the Council does not want to attend to their claims.

The demonstrators, who said they are maintaining the strike they started two weeks ago and which is already having an impact on hospitals and health centres, demanded an improvement in their labour rights in a march that also called for the resignation of Ana Barceló, the Minister of Health, and Carmen López, the head of human resources with whom they met last Friday and did not reach any kind of agreement.

After this meeting, the strike committee stressed that the Council “does not want to negotiate anything” and that it only proposed a forum of all Spain to negotiate jointly without submitting proposals at regional level. For its part, the department headed by Ana Barceló considers that this is an issue that should be addressed by the Ministry of Health since it has much of the competence in this area.

On the other hand, the toilets in the La Ribera Hospital Emergency Room They also came together again to denounce the lack of resources with which they are facing one of the most complicated summers in living memory. In a manifesto, they criticized the excess work, the accumulated hours and the lack of foresight. In addition, they demanded answers and solutions from management.