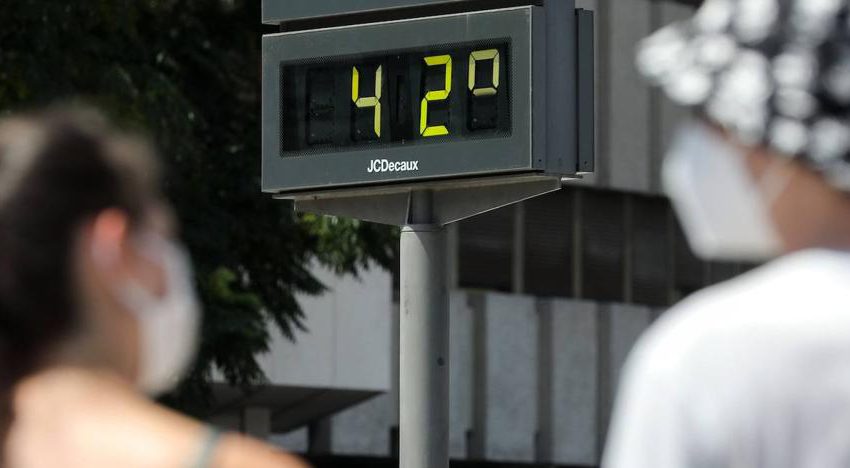 The heat wave is coming to an end, although we will still have to suffer its last day this Sunday. Aemet has activated the yellow warning in the province of Valencia due to high temperatures, although they would not exceed the 40 degrees as it did this Saturday. The big news is that the Aemet heat wave forecasts two days of rainfall almost generalized in the Comunitat Valenciana. It will rain in all provinces and in Castellón the rains could last until Wednesday. Goodbye, heat. Hello rains.

At 2 p.m. this afternoon Sunday Aemet’s yellow warning is activated due to high temperatures in the province of Valencia. The mercuries will again mark records close to 40 degreesbut just as the highs go down, so will the lows. In the interior of Castellón the forecast is that they will be able to register showers or storms in isolation and in the evening.

The Monday there will be a real change of heart. From the almost extreme heat to the daily rain in the Comunitat Valenciana. It has been many weeks since we have experienced a day like this. For now, Aemet’s forecast is that the sky will be cloudy with rainfall during the day, more likely in the province of Valencia in the morning and in inland areas in the afternoon. The temperatures The minimums will be almost identical to those of Sunday and the maximums will continue to fall in relation to the previous days.

In the face of Wednesday the weather becomes more stable and it becomes a stable situation more typical of summer. So typical that in the afternoon the typical summer storms could form and affect the interior of the province of Castellón in a weak way.