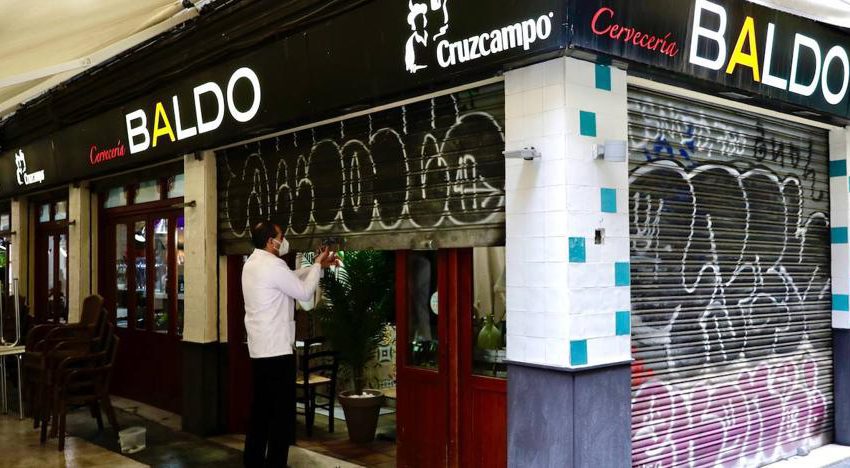 The Comunitat Valenciana has been one of the hardest hit in the third wave of coronavirus suffered by the region. This week, for the first time in almost a month, it is below 1,000 cases, but still remains in the lead in Spain and well above the 667 of the national context. That is why at present the restrictions in various sectors are iron. Thus the Consell decreed, among other rules, the total closure of hotels and sports centres, the bringing forward of the closing of shops to 6 p.m. and the limitation of mobility in cities with more than 50,000 inhabitants.

PDF: Restrictions in the Comunitat until 15 February.

But, how long will the restrictions last in the Comunitat Valenciana? At the moment the last extension made for these measures is extended until February 15. Until then bars, restaurants, cafes, entertainment venues and gyms should remain with the shutters down. And the intention is that they will remain that way for a while longer. At least that is what is clear from the statements of President Ximo Puig. “I do not see that we are in time to relax the restrictions. We are better than we were, but hospital pressure continues,” he said.

The head of the Consell stressed that the most relevant thing is to “consolidate the position” now of the Comunitat so that “in a few weeks we are in a position to look to the future with greater hope.” It remains to be determined the expected time of extension of these restrictions, if it is a week or two, although some media, such as ABC, say that could last until February 28th. The Generalitat will have to make this decision official with a decree stating whether the measures will be maintained as they are or whether any modifications will be included.

The reactions have not been long in coming. Employers recognize that there is to act to prevent contagion, but consider that some proposals of the regional executive does not seem to comply with what is expected. Hoteliers call for the lifting of the perimeter closure of the big cities In force. The protests have also come from the sector of the inn and gyms. The Hotel Association of Castellón (Ashocas) has announced that the sector will open in the province next Tuesday, February 16, in protest against the measures imposed by the Generalitat.

Some autonomous communities, on the other hand, have relaxed the restrictions to the fall of the incidence, such as Catalonia. So the hospitality industry extends its hours for lunch and breakfast and sports centers may resume its activity but with reduced capacity. In Valencia the fear of a fourth wave, as warned Fernando Simon, has put on alert the Consell to continue its restrictive policy and thus reduce the number of infections.

A very different case is that of the Basque Country, where the bars will reopen.but by legal imperative. The TSJPV has decreed that the hotel businesses that had to close in some municipalities by the high rate of infection by coronavirus reopen, since it does not appear “clearly the influence of the opening of hospitality establishments with the high level of incidence of the virus”. Valencian hoteliers plan to reapply for similar measures.

Valencia takes to the streets in the face of the perimeter closure.