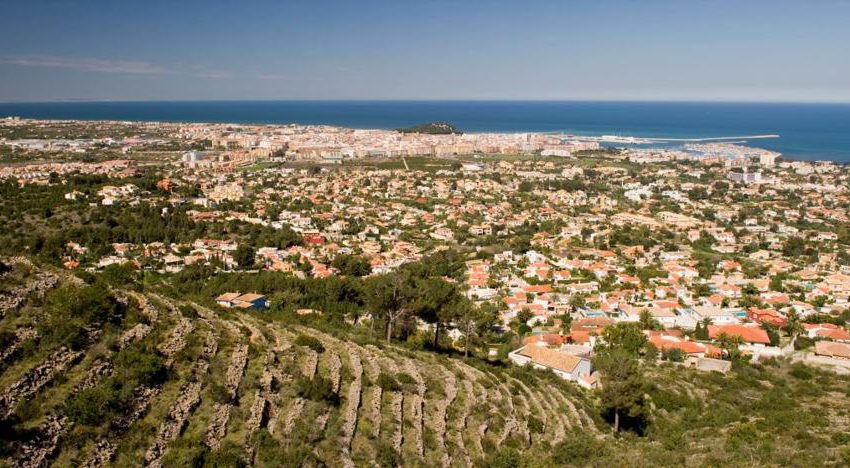 The PATIVEL is the Territorial Action Plan of the Green Infrastructure of the Coast of the Valencian Community, a territorial action plan of a sectorial nature of those regulated in article 16 of Law 5/2014, of 25 July, of the Generalitat, of spatial planning, urban planning and landscape, of the Valencian Community, and which was approved by decree of the Consell on 4 May 2018. The TSJCV has overturned on 11 February 2021 this plan promoted by the Consell that sought to protect the Valencian coastline.

They are plans that are developed in specific territorial areas or in specific sectors, conforming to the principles and criteria set out in the Territorial Strategy of the Valencian Community (ETCV. Decree 1/2011, of January 13, of the Consell), and their scope may include, in whole or in part, several municipalities. These plans can have a sectorial character or present an integrated approach, variable depending on its purpose for the management, nature or purposes sought in planning.

Municipalities affected by the Pativel

Almost half of the municipalities affected by the PATIVEL are currently processing the revision of their planning, according to the latest document published by the Conselleria de Habitatge on the foreseen future.

It is also necessary to attend to “exceptional” cases such as the municipality of Castellón de la Plana (has Emergency Transitional Rules), Dénia (has Transitional Urban Regime that replaces the PGOU of 1972), Alicante (whose current planning consists of the General Plan finally approved by CTU (27/03/1987) and whose revision process was dismissed on 18/05/2015), and El Campello whose General Plan of Urban Planning approved in 2011 and, recently has been annulled by judgment of the Supreme Court of 31/03/2016.

Thus, ten of the municipalities of the Castellón province have started the revision of their General Plan: Benicarló, Penyíscola, Cabanes, Torreblanca, Orpesa, Nules, La Llosa, Almenara, Xilxes and Borriana and with it new growth, two of them (Xilxes and Borriana) in an advanced state of processing.

Finally, in the Alicante provinceIn addition to the municipalities of Alacant and El Campello mentioned above, Orihuela, El Poble Nou de Benitatxell, Els Poblets, Benissa, Xàbia, l’Alfàs del Pí, Altea and Finestrat are in the process of revising their General Plans.

The objectives of the plan are as follows:

a) To define and organize the supramunicipal green infrastructure of the coast, protecting its environmental, territorial, landscape, cultural, educational and protection values against natural and induced risks and climate change.

b) To guarantee the ecological and functional connectivity between the coastal and inland spaces and to avoid the fragmentation of the green infrastructure.

c) To promote the maintenance of spaces free of building and urbanization in the coastal strip, avoiding the consolidation of built-up continuums and urban barriers that affect the values of the coastal space.

d) To guarantee the effectiveness of the protection of the easements of the terrestrial maritime public domain and its protection zones.

e) To harmonize the general legal regime of the soils of the coastal space.

f) To improve the quality and functionality of the coastal areas already urbanized, of great economic, social and environmental importance, and especially for the promotion of quality tourism.

g) To facilitate accessibility and pedestrian and cyclist mobility on the coast and in its connections with the interior of the territory.

What is determined by the plan prevails over those of the municipal urban plans, although the municipal structural planning may contain determinations that imply a higher level of protection, as stated in the plan.

The PATIVEL arises because our coastal geography does not yet have sufficient protection beyond the selection of certain enclaves, some of them protected by the current legislation of regional competence in the field of natural areas.

The Network of Protected Natural Spaces (ENP) of the Valencian Community is therefore complemented in the coastal strip.

It is worth remembering, says the Plan itself, that the spaces that are already in a situation of protection were created at the end of the 1980s with the clear intention of safeguarding some unique geographical landmarks that were seriously threatened on the coast (the case of Montgó, Penyal d’Ifac or the Albufera of Valencia…etc).

But they should also be protected those areas that have other values or are at risk or vulnerability relevant from the landscape point of view, potential assets to connect the coast with the interior, soils of agronomic richness, with the presence of remarkable cultural elements or simply in functions of preservation and subjection of the soil.