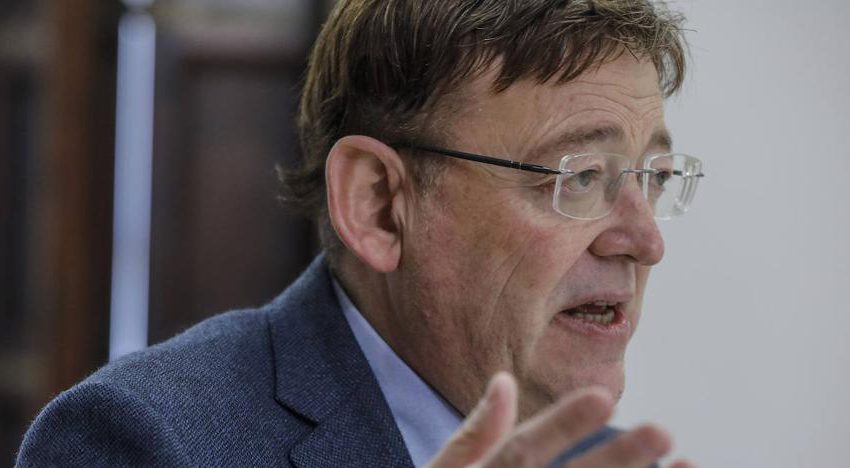 The President of the Generalitat, Ximo Puig, has opted to reach an agreement between the communities and the Government in the Interterritorial Council. to limit mobility at Easter because “it’s going to be a very complex time” when you could even “lose traceability” of the virus that is going to be recovered with the current drop in cases.

This is what Puig has expressed this Friday in an interview with Europa Press, in which he has defended this agreement at the state level for this festive period. “We think that there must be a position of the whole system, because it is very important to consolidate now. If we consolidate, probably the next few months we will have more opportunities to go towards normalization with more vaccination and greater ability to contain the pandemic,” he explained.

Regarding the easing of restrictions from March, has stressed that the effort made in “a few days” cannot be “wasted”, and reiterated that the situation is still “very difficult”.

In fact, with regard to the lightening of these measures, has pointed out that decisions will be taken next week, when an Interdepartmental Commission will be convened, which will take into account the “traffic light” established by the Interterritorial Health Council. Thus, it provides that in the coming days “will be consolidating” the data and expects a greater “verification of the decline” of the incidence. However, he recalled that “we are still at high risk”.

Puig has insisted that “nobody wants restrictions”, but that they are made “to try to avoid contagions and deaths, but not because it gives anyone any satisfaction”. For this reason, he has opted for “flexibility, but at the same time to maintain the position with all determination”.

Asked about the areas in which the measures will begin to be lifted, he has indicated that there is “a will to act on the basis of what is already known to generate greater sociability”. “A shop is not the same as a bar or a restaurant, among other things because you spend more time together in a bar and a restaurant and you take off the mask,” he said.

“We have to insist and even if there is some flexibility, which there will be if everything remains the same, we must continue to insist on what we already know is positive to overcome the pandemic, which is, of course, the permanent use of masks, cleanliness and hand hygiene and ventilation”, he pointed out. In fact, he stressed the latter issue, that “now it will be easier because we are heading towards a more favorable weather”.

“We have to breathe a little.”

In this sense, he has defended that “we can never forget” that we are “in the middle” of the pandemic although “we have to breathe a little”, something he considers “necessary” because of the “economic, social and also psychological” consequences.

Regarding this last issue, he remarked that this virus has affected “everything that has to do with our way of being” since has attacked “fundamentally sociability, contact, our way of being Mediterranean”. In fact, he has considered, now that the anniversary of the first state of alarm is approaching, that it has been a “really hard” year, and has described it as “annus horribilis”.

In fact, he would like to “could be held some of these parties” even this year, but “today” not. However, he has defended the “right to rest” although “it is and should be a different rest than we have raised on other occasions”.

“Although now there is a certain flexibility, there can be neither private parties nor parties in areas other than places of entertainment. We have to be aware of the situation: We are better, but we are still bad,” he has added. This, says Puig, “costs a lot”, and has thanked “especially young people”. “There are young people who have spent their 18, 19 or 20 years locked up at home for a whole year”, something that is “very hard”.

The state of vaccination

With regard to mass vaccination, which they expect to begin at the end of March, Puig has advanced that a large vaccination center is planned in each provincial capital and Elche and, at least, a space will be enabled to inoculate doses in each county capital.

In this sense, has indicated that this Saturday will meet the vaccination commission to discuss where these centers will be established. In addition, he has indicated that The field hospitals are three spaces that “are sure to be used”.

The president has defended that vaccination is the “great asset” currently against the pandemic, although he has been concerned about the unknowns posed by the new strains or the possibility of having to vaccinate annually.

However, he defended the response of science to the pandemic, and pointed out that, until now, there were only “not even three dozen vaccines” for all diseases, and “in one year, science has achieved that there is a set” of injections for this coronavirus.

In this sense, he hoped that the Janssen vaccine will be approved in early March. Regarding the current ones, he has regretted the “insufficient doses”, and has remarked the logistical complexity of the current ones, due to the double dose, refrigeration or transport. Despite this, he argued that “there are almost 100,000 Valencians who are immunized”, which “has already had a positive result in the decrease of contagions in the residences”.