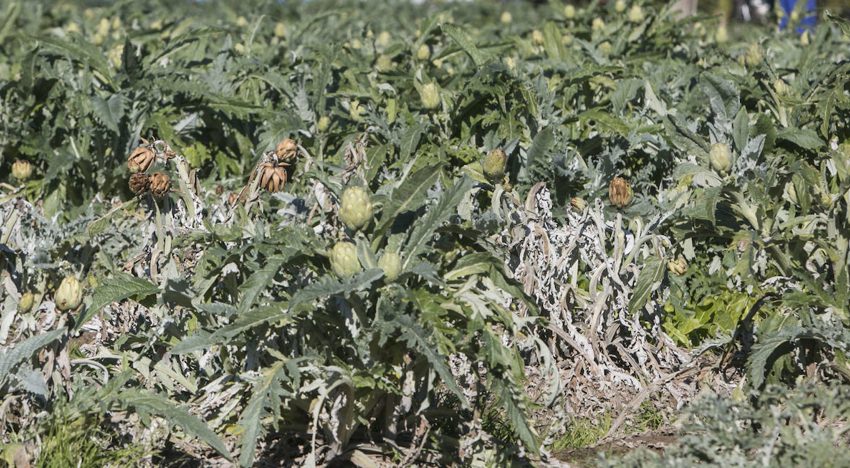 The squall ‘Filomena as it passes through the Comunitat Valenciana is leaving important contrasts in the field. For some crops it will be helpful and to others, it will cause extensive damage. Cristóbal Aguado, president of the Valencian Association of Farmers (AVA-Asaja)and Carles Peris, Secretary General of La Unió de Llauradors i Ramaders. Although they did not share the same degree of unease about the effects of the storm.

Watered down stressed that they were “worried” because of the consequences that the cold wave will leave on the vegetable gardens. There are fields that “will lose the current flowering”he pointed out, adding that “some artichokes that were to be harvested have been burned”. The beans will also be affected.

Likewise, the head of AVA stressed that wait to see what happens in the citrus areas with the low temperatures. The contrast of hot and cold can cause a lot of fruit to fall. In his opinion, still it’s too early to make an economic assessment of possible losses.

For his part, Carles PerisWhile acknowledging that the most affected party was the vegetable grower, he stressed that there did not seem to be much impact and underlined that there are more positive aspects of ‘Filomena’ than the negatives. As he said, snowfalls have been concentrated inland, in dry areaswhere the snow is good for the water reserve and the vineyards, almonds and stone fruits “need cold in winter for good flowering”.

With regard to the olive, at Font de la Figuera was not affected since the campaign ended just a few days before the storm hit.

The secretary general of the Union pointed out as another negative aspect of this episode that the snowfalls complicated access to the farms and that they shot up the power consumption to keep the cattle warm.

Figures of the squall

The 112 of the Generalitat had received until yesterday about 3,000 calls for incidents related to ‘Filomena’. On Tuesday they continued 110 roads affected of the Community and 8 remained closed.

The Civil Guard has carried out more than 200 humanitarian services in the province of Valencia, from rescues to moving medicine between municipalities. In addition, more than 17,000 students in 19 locations remained without classes due to the cold and snow wave, which yesterday lowered the thermometers to 15.5 degrees below zero in Ademuz.