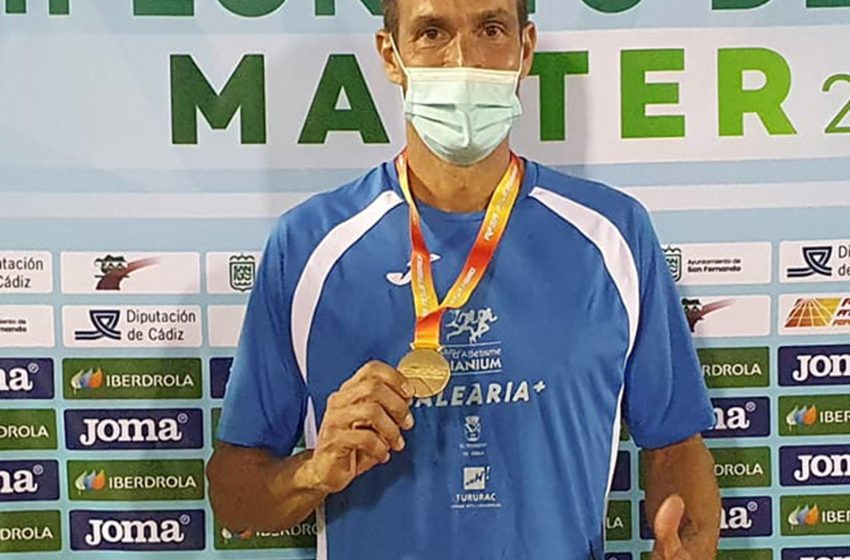 Once again, the athlete, Juanra Pous, trained by the dianense, Franc Beneyto was again champion of Spain Master in one of the most complicated tests of athletics, the 1,500 meters.

In the San Fernando Stadium, venue of the LV Spanish Master Championship, the Club Atletismo Baleària Diànium finished the race with an official time of 4.09.16. The race was just as Juanra had prepared it, and in the first few laps knew how to get into the top four and then move forward.

He was able to withstand several changes of pace than his maximum rival, to reach the last 80 meters and launch an attack that could not be followed by any of his opponents. Juanra entered the finish line quite relaxed, even reserving his strength in the last meters for the race he had to face several hours later, as it was the 800m, his favorite race where he had focused his preparation.

The Diánium club’s player brilliantly managed to defend the 1500m title he won in March in indoor track (Antequera), also winning his fourth national title in this distance of four participations made.

The other two titles will be achieved in 2015 when they were also achieved in his two shares indoors (San Sebastian) and outdoors in Alcobendas (Madrid).

In the 800m race, the Oliva runner ran on street one and was very cautious in the first part of the race before launching his entire attack in the final stretch. He was controlling the race during the first 400 meters and then he was ready when there was a hard change of pace. He was able to suffer in the second position to launch all his attack in the last 50 meters, managing to enter the finish line with a time of 2.02.18 ahead of Ramón Borente and José Antonio Gil.